The Sojourner Truth Leadership Circle (STLC) cohort is a seven-month long experience that gathers a select group of Black women leaders of many faiths and spiritual traditions, ages, backgrounds, and social justice expertise. Together, they prioritize practices of rest, restoration, and rejuvenation as a critical act of generative resistance.

This year’s cohort is specifically designed to support women in the reproductive justice (RJ) movement, which has been defined by the wit and wisdom of Black women. We know it has never been easy to support the bodily integrity and autonomy of our people in a global anti-Black environment. At this especially contentious historical moment, the challenge is even more stark.

Auburn is proud to welcome these inspiring folks to the fourth STLC cohort: Born and raised in Portland, OR, Dr. Shannel Adams graduated from Duke University with an undergraduate interdisciplinary degree in Ethics. She went on to medical school at Oregon Health and Science University and obstetrics-gynecology (OB/GYN) residency at the University of Hawai’i John A. Burns School of Medicine. Dr. Adams completed the Reproductive Endocrinology and Infertility (REI) fellowship at the University of Cincinnati and is double board certified in OB/GYN and REI. She is the first physician in her family and is currently opening up a new Vios Fertility Institute clinic in the Pacific Northwest, serving as its medical director. Lisa Bland is a black woman living in a Historic Black Community on unceded Mi’Kmaqi territory (Nova Scotia). She is a mother, astrologer, author, and land steward. She has been a women’s health registered nurse for 13 years and a lactation consultant with a particular interest in reproductive justice, abolition of prison systems, aging, and gender-affirming care. Her first book is signed with Llewellyn and anticipated in the coming year. Rev. Kenyetta Chinwe is the Faith Advocacy Coordinator for SisterSong. As the daughter, granddaughter, and niece of generations of Pentecostal Christian Ministers, she has been immersed in a faith community since birth. She is working to build a base of faith leaders and people of faith to support the cause of reproductive health, reproductive rights and reproductive access. She is also a performing artist who believes in the culture-shifting power of art. Erica Davis-Crump is a mother to two wonderful beings and lifelong New Mexican. She has been working in RJ all her life, but consciously for the last three years. All that she has endured has shaped her love for wellness, community organizing, and policy. Erica has had the privilege of sharing stories and encouraging others from the TEDx stage on two occasions. Forbes has also highlighted her efforts in activism. She is the proud co-founder of the NM Black Central Organizing Committee; communications director for Nurses for Sexual and Reproductive Health; and the first Black Femme co-chair of the Respect NM Women & Families Coalition. Trina Greene Brown is a proud Black-feminist Mama-activist raising two Black children. In 2016, she founded Parenting for Liberation. Recognized as an Inspirational Parent in 2018 by CADRE and as a Black Feminist Rising in 2017 by Black Women’s Blueprint, Trina is a leader on the rise—and she’s taking Black parents and children along with her to greater heights. She is a social justice warrior whose fight is grounded in her belief that liberation is not only what we fight for, but also what we must embody daily in our relationships with one another. Trina has spent the last 15 years building intersectional communities of practice with Move to End Violence, BOLD, Resonance Network, and the Women’s Policy Institute, weaving across issues, culture, sectors, and movements for the sake of our collective liberation. Merle McGee is a Black, queer, cis woman with extensive management and practice experience in youth work. She has challenged interpersonal and structural racism in youth programs; built and organized cross-sector networks focused on gender and racial justice; and translated research into innovative and culturally literate practice in complex environments. Merle co-founded the BIPOC Project which is committed to dismantling Native erasure, anti-Black racism, and advancing racial justice. She is a long time Capoeria Angola practitioner and loves to sing! Tamika is the Deputy Director of Women’s March. She is an organizer, doula, midwifery apprentice, writer, and unschooling mama who is passionate about and active in struggles that affect Black women’s lives. Tamika has organized for abolition, reproductive justice, and domestic workers’ rights. She is a consultant with Winds of Change Consulting, and a founding member of the Metro Atlanta Mutual Aid (MAMA) Fund and JustGeorgia. She serves as a Community Advisory Board member of Critical Resistance, a Leadership Team member of the Kindred Southern Healing Justice Collective, and treasurer of OHRD. Inyang is a Bowling Green, Kentucky native and resides in Atlanta, GA. She is a newly licensed registered nurse working at an abortion clinic part time. She also works full time at Access Reproductive Care–Southeast, helping folks in the South with funding and logistical support for their abortion procedures. Inyang enjoys spending time with family, attending church, and loves anything that involves self care. Oriaku Njoku is a first-generation, Black, Igbo, Nigerian-American, queer, fat, Southern femme living and loving in Atlanta, Georgia. As a co-founder and co-director of Access Reproductive Care–Southeast, she works at the intersection of abortion access and reproductive justice with a Black Feminist lens. She and her team at ARC-Southeast support Southerners in navigating pathways to safe, affordable, and compassionate abortion care through funding, logistics, and leadership development. Oriaku is deeply committed to finding joy and pleasure in everything she does and believes radical love is a core value that can be embodied and operationalized in movement spaces. Dr. Dawn Riley Duval is the oldest daughter of Dr. Debra Mixon Mitchel and Darrell Ray Riley, the oldest sister to Damara Parker and D’Andra Mixon-Walker, and the proud mother to Ajhani and Amaya Duval. She is a co-founder and the executive director of Soul 2 Soul Sisters. For 13 years, Dr. Duval served as an ordained itinerant elder in the African Methodist Episcopal Church, and she was later ordained in the Universal Life Church. Dr. Duval identifies as a spiritually eclectic minister who honors, studies, and practices Afro-Indigenous rituals, specifically Candomblé. She has 15 years of experience as a community organizer and facilitator in reproductive justice, ending anti-Black racism and violence, and Black voter engagement. Over the years, she has received awards for activism from the NAACP CO-MT-WY Conference, Colorado Black Women for Political Action, and Vanderbilt Divinity School. Mama Nasrah Smith has been an elder midwife in Georgia for over 45 years, serving families in rural and urban areas of Georgia. Nasrah is interested in creating better birth outcomes, bringing the perspective of midwifery and age-old tradition. Nasrah believes midwifery is important to bring Herstory into focus in Georgia and support legislation expanding community midwives certification. Traci West is an activist-scholar who has taught Christian social ethics and African American Studies at Drew University Theological School for over 25 years. She also teaches in community settings ranging from local churches to NJ prisons. Traci’s teaching, research, and activism have primarily focused on gender, racial, and sexuality justice related to gender violence. She was born and raised in Connecticut and currently resides in New Jersey. Charity L. Woods Barnes is the co-founder, president, and CEO for Interfaith Voices for Reproductive Justice (IVRJ), a national reproductive justice organization. Previously, she was the Director of Southern Programs for the Religious Coalition for Reproductive Choice (RCRC), working at the intersections of faith, religion, and reproductive health, rights, and justice. She has worked for the Democratic Party of Georgia and SisterSong Women of Color Reproductive Justice Collective. Charity also has consulted for numerous progressive political and issue campaigns. As part of her organizing and advocacy work, she has prioritized communities of color, faith, women, immigrants, and LGBTQIA+. She is involved in several civic, social justice, and reproductive justice rights organizations. Charity comes from a long line of community and political organizers in Georgia and South Carolina. She is also a proud, fourth-generation HBCU graduate. Hailing from Nigeria, Adaku Utah is an Igbo Queer teacher, organizer, healer, and ritual artist committed to shaping strategies, systems, and spaces for transformation and liberation. She is the organizing director with the National Network of Abortion Funds, a co-director of Harriet’s Apothecary, a teacher with Black Organizing for Leadership and Dignity, and a coach with Generative Somatics. 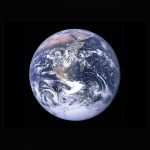