Inspired by the radically intersectional thinking and activism of the Black women folx at the helm of the Reproductive Justice movement this event will explore what it takes to be for and with each other in these times, and why those bonds are critical toward building a more just world.

How do we come together as Black women folx in the fullness and integrity of our individual and collective being? How do we see, hear and feel each other into a wholeness and wellness that supports our liberation struggles in the present and creates pathways toward a just and generative Afro-future that is deeply inclusive of all that we are? 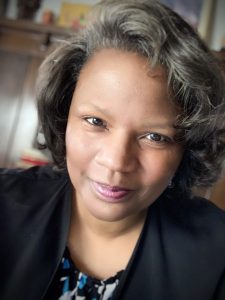 The Rev. Dr. Emma Jordan-Simpson is the Executive Director of Fellowship of Reconciliation USA, the US branch of the oldest international interfaith peace and justice organization employing the transformative power of nonviolence to resolve human conflict. She is the executive pastor of the Concord Baptist Church of Christ, and President of American Baptist Churches of Metropolitan New York.

Aishah Shahidah Simmons’s award-winning cultural work expresses its voice through the art of documentary filmmaking, writing, and activism. Her work is informed by her lived experiences as a Black feminist lesbian, a child sexual abuse survivor, adult rape survivor, and Buddhist practitioner.  She is the producer/director of the 2006 groundbreaking, acclaimed film, NO! The Rape Documentary and the editor of the 2020 Lambda Literary Award-winning anthology, Love WITH Accountability: Digging Up the Roots of Child Sexual Abuse (AK Press). The anthology emerges from Aishah’s #LoveWITHAccountability® Project. Aishah was recently named one of nineteen 2020 Soros Justice Fellows. She will begin working on the third part of three survivor-centered cultural works that seek to disrupt and end adult rape and CSA in Black communities without policing and prisons. In February 2021, Aishah will also begin a two-year training program to become a Mindfulness Meditation Teacher, which she views as a continuation of her 18-year Buddhist practice. Follow Aishah on Twitter, @afrolez and Instagram, @afrolez, and #LoveWITHAccountability® on Instagram, @lovewithaccountability 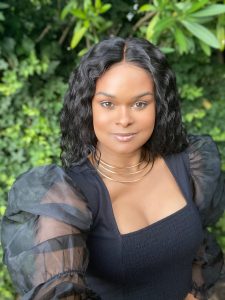 Raquel Willis is a Black transgender activist, writer, and media strategist dedicated to elevating the dignity of marginalized people, particularly Black transgender people. She was recently announced as the new Director of Communications for The Ms. Foundation. She is the former executive editor of Out magazine and a former national organizer for Transgender Law Center (TLC).

In 2018, she founded Black Trans Circles, a project of TLC, focused on developing the leadership of Black trans women in the South and Midwest by creating healing justice spaces to work through oppression-based trauma and incubating community organizing efforts to address anti-trans murder and violence. During her time at Out, she published the Trans Obituaries Project to highlight the epidemic of violence against trans women of color and developed a community-sourced 13-point framework to end the epidemic. This project won a GLAAD Media Award.

Raquel is a thought leader on gender, race, and intersectionality. She’s experienced in online publications, organizing marginalized communities for social change, non-profit media strategy, and public speaking while using digital activism as a major tool of resistance and liberation.  Raquel is currently working on her debut memoir detailing her coming of identity and activism.