10 Questions You Can’t Ask About Israel and Palestine

10 Questions You Can't Ask About Israel and Palestine

A film by Jed Rothstein

10 Questions will be a series of interrelated short films that offer perspectives on the vital questions surrounding the US/Israeli/Palestinian relationship.  The film will echo the layered structure of “Radiolab,” and weave together the short, stand-alone stories.  Each will have its own form but director Jed Rothstein will maintain a cohesive visual style that binds the stories together into a single narrative journey that underscores what he describes as the film’s mission:  “to look at problems from new perspectives and reveal truths that seem obvious once old assumptions are dropped.”

Some of the questions to be posed: Does being a good Jew mean upholding the humanistic values of Judaism or defending the homeland?  Has any Arab state been able to sustain a democracy that comports with Jewish ideals?  What would happen if the U.S. took itself out of the equation and left it up to Israel and Palestine to sort things out?

Rothstein will interview a wide range of individuals on all sides from Ambassador Dennis Ross and John Bolton to comics and soldiers and college kids, poets and veterans.  Rothstein will even visit his old friend and mentor David Eagleman at Eagleman’s neuroscience lab at Baylor University.  Using MRI, Eagleman will study Rothstein’s brain to determine whether Jed’s thinking about Israel is ultimately governed by fear or a desire for justice.

10 Questions is in production.

All donations for the production and distribution of 10 Questions You Can’t Ask About Israel and Palestine are tax-deductible to the fullest extent of the law. 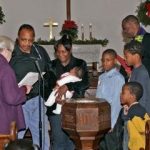 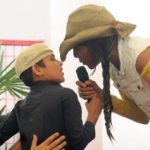