Ain't No Back to a Merry-Go-Round

A film by Ilana Trachtman
Radical black students, leftist white suburbanites, and a carousel.  In the summer of 1960, just miles from the U.S. Capitol, a newly-formed organization of Howard University students sat down on Glen Echo Amusement Park’s historic, whites-only carousel. They were joined by a largely Jewish community of civil servants, labor organizers, and young families. Three years before the March on Washington, before anyone had heard the phrase “Freedom Rides,” it was at Glen Echo that this unprecedented alliance incubated some of the nation’s future Civil Rights giants, galvanizing surrounding neighborhoods to stand up for what America could be.

Ain’t No Back to a Merry-Go-Round is in production.

All donations for the production and distribution of Ain’t No Back to a Merry-Go-Round are tax-deductible to the fullest extent of the law. 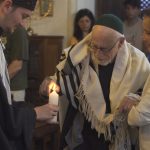 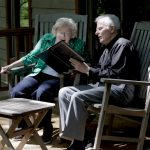