The film narrative will revolve around Naftuli Moster, who never received a basic secular education to which he was entitled by law while enrolled at his Hasidic religious school.  All classes were in Yiddish. Naftuli found himself “completely unprepared” as he struggled to obtain a high school equivalency degree and MSW in a secular society.  Following the dictates of the Rebbe, no TV, radios, Internet or English language newspapers were allowed inside the home. In Naftuli’s New York State, estimates are that Hasidic students number close to 50,000, a student population equivalent in size to the entire Boston Public School system.

Naftuli formed YAFFED (Young Advocates for Fair Education) and was ostracized by the leaders of the insular Hasidic community. Naftuli also came up against politicians and bureaucrats who fail to enforce mandatory education laws because they are beholden to the Hasidic community’s bloc voting power.  Naftuli’s parents did not permit him to apply to college and refused to fill out financial aid forms.  He filed for a “dependency override,” which established his independence from his family and he is now severed from the Hasidic community, his parents and most of his siblings.

The director will introduce other yeshiva graduates, a Hasidic parent who wants a better education for his children, and a resident of New Skver, a Hasidic villlage 30 miles north of NYC.  One resident, 23-year-old Mendel, secretly bought a pocket radio and listened to Rush Limbaugh to learn English.  As a result, “I knew what ‘unilateral agreement’ and ‘hegemonic power’ meant but didn’t understand the word ‘stove.'”

Director Menachem Daum is developing this former documentary short into a feature-length film.

All donations for the production and distribution of Forbidden Knowledge are tax-deductible to the fullest extent of the law. 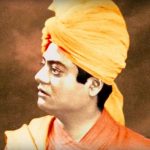 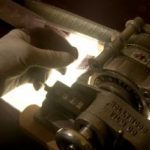