Loyalty By Another Name

Loyalty By Another Name

A film by David Washburn

Loyalty By Another Name dives into the contradiction Muslim Americans face as they defend a country that does not always defend them.  The documentary follows a diverse group of servicemembers and veterans as they come to terms with the political and social fallout from more than a decade of war, domestic terrorism, and the rapid rise of Islamophobia.

Director David Washburn travels to military bases, mosques and homes across the country to witness the raw emotions the political and social fallout have engendered and how Muslim military personnel are choosing to respond.  Each character looks to Islam for guidance and hope and sees a direct connection between their military service and the constitutional rights that are guaranteed to all Americans.  Yet these Muslims who serve also see a great irony between their service and the rise of Islamaphobia in the U.S., and historical parallels to the experiences of Asian Americans and African Americans who participated in operations to bring American-style freedoms to other countries while their own rights were under attack at home.

Many members of the Muslim American community question why their brothers and sisters should serve in the military.  Loyalty By Another Name investigates how the film’s characters navigate this contradiction between following the tenets of Islam and serving their country according to military protocols.  Washburn and his team invite viewers through the film’s narrative to question how history is repeating itself in America today.

All donations for the production and distribution of Loyalty By Another Name are tax-deductible to the fullest extent of the law. 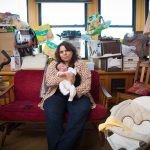 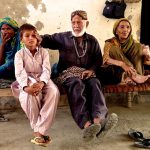