A film by Jennifer Fox

For twenty years, documentary filmmaker Jennifer Fox has been following with her camera the high Tibetan master Namkhai Norbu Rinpoche and his Italian-born son Yeshi.  The result is the inspiring feature-length documentary My Reincarnation, which tells the inside story of one of the last reincarnate teachers to be trained in Tibet and of the Rinpoche’s son’s stubborn reluctance to accept the destiny he was assigned at birth.

Rinpoche escaped Tibet in 1959 and settled in Italy, where he married and had two children. Yeshi is the oldest child, recognized as the reincarnation of a famous spiritual master who died after the Chinese invaded Tibet.  But Yeshi grew up in Italy and wanted nothing to do with this legacy.  He neither desired to be a Teacher like his father nor to return to Tibet and the monastery of his reincarnation, in order to meet the students who had been waiting for him since his birth.

Instead, Yeshi dreamed of a normal life away from the hoards of devotees that always surrounded his father.  As the story progresses, we see Yeshi mature from 18 to 38 years of age and Rinpoche pass from his 50-year-old prime to a 70-year-old in poor health.  Their evolving lives give My Reincarnation the scope and depth of great drama.

All donations for the production and distribution of My Reincarnation are tax-deductible to the fullest extent of the law.

For more information, you can contact Jennifer Fox, the filmmaker, at:

Or you can contact Laura Healy, Program Administrator at Auburn at: 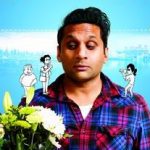 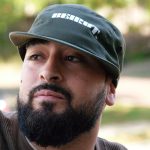