A film by Frederick Marx

An estimated 1.5 trillion is spent yearly on adolescent issues such as school shootings, drug and alcohol abuse, teen pregnancies, STDs, ADD, ADHD, depression and violence.  A major reason, according to film director Frederick Marx, is that adolescents have no publically sanctioned way to cross a major life threshold and be duly honored by their communities as grown-up men and women.  He believes that one solution would be the initiation of teens into adulthood.

Indigenous cultures worldwide used to recognize “acting out” as an early sign that a teen’s time had come.  The rights and responsibilities of adulthood were revealed to a young person through culturally appropriate trials and mentorship. Many of these links in terms of religious, cultural, and community support of generational change are now broken, but not all.

Marx notes that some of the old ways have survived and new forms of initiation are springing up every day that are appropriate to the modern age, including new Christian rites of passage.  Marx and his team will film a number of adolescent stories over the coming year.  His documentary will also integrate the wisdom of indigenous peoples, science and the humanities through several guiding principles of rites of passage.  Marx believes that these guiding principles put contemporary theories of youth development into alignment and that better understanding of these theories will result in positive action.

Rites of Passage is in production.

All donations for the production and distribution of Rites of Passage are tax-deductible to the fullest extent of the law. 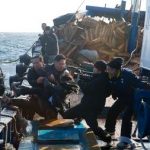 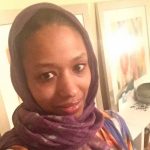