A film by Daniel Alpert

The Calling is a two-part four-hour documentary series produced by The Kindling Group and Daniel Alpert. The series shares the journeys of a small group of extraordinary Americans from different faith traditions – a Catholic, a Muslim, a Protestant and a Jew, who have decided to enter the clergy. An in-depth exploration of modern faith from the perspectives of its future leaders, The Calling begins with the subjects’ first steps across the threshold of their academies, follows them through years of study and training, and continues into their early practice as ordained religious professionals.

The Calling’s companion national digital and community engagement campaign, What’s Your Calling? (WYC), explored the notion of “calling” from both religious and secular perspectives through a variety of rich media and written commentary.

All donations for the production and distribution of The Calling are tax-deductible to the fullest extent of the law. 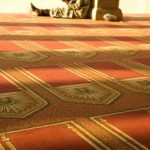 Cairo in One Breath 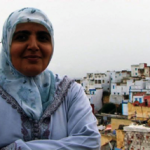