A film by Erin Reese

Many films have addressed Jewish-Christian relationships during the World War II era from the Jewish perspective.  Director Erin Reese tells the story of The Jewess from the perspective of a Christian German American.  It’s about a Jew saving Germans, not Germans saving Jews.

When Julia Cato’s grandmother and grandfather were young, their families worked in a factory near their German village.  The factory was owned by a Jewish woman who, after selling the factory, immigrated to the U.S.

Director Reese shadows Julia as she uncovers her family history.  Julia discovers that her grandparents belonged to the Nazi party and she becomes frustrated by their passive responses to her questions about that era.

She does discover that many residents of that German village where her grandparents lived and worked were able to survive on care packages sent by the former Jewish factory owner.  Reese sets out to track down the identity of that Jewish woman.

The Jewess is a story of unanswered questions, forgotten stories and the search for truth; it is a story of compassion, friendship, betrayal, family and love.

The Jewess is in production.

All donations for the production and distribution of The Jewess are tax-deductible to the fullest extent of the law. 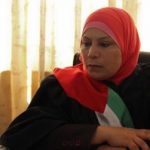