A film by Adam Zucker

How do you build your identity when your past has been stripped away?

Before World War Two, Poland was the epicenter of the Jewish world, with a population of 3.5 million Jews.  Today only an estimated 20,000 Jews live there.  With the fall of Communism in 1989, the door to the past began to crack open and today’s 20-somethings discovered a buried ancestry.  The Returntells the story of four Polish Jewish women who face the unique challenge of trying to forge an identity in a vacuum, with little knowledge of their heritage.

Adam Zucker’s documentary reframes the question of what it means to be a cultural and religious minority, for the world of American Jewry and beyond.

The Return has a distributor, 7th Art Releasing, and premiered at the Margaret Mead Film Festival in New York in 2014.

All donations for the production and distribution of The Return are tax-deductible to the fullest extent of the law. 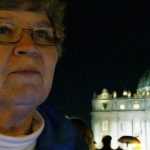 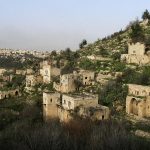