The Ruins of Lifta is a personal documentary in which Menachem Daum, an Orthodox Jewish grandfather from Brooklyn, sets out to bring Arabs and Jews together to restore the overgrown Muslim cemetary in the ruins in Lifta, the only Arab village within Israel that was not completely destroyed or repopulated by Jews after the 1948 Arab-Jewish war.

For all his life, Menachem had believed that Jews were victims and not victimizers, but in Lifta he began to re-examine this.  The Stern Gang milita, of which his uncle was a member, entered Lifta’s coffeehouse on December 28, 1947, killed six innocent patrons and terrorized more than 2,500 villagers into becoming refugees.  Lifta has suddenly become for Menachem a personal microcosm of the larger conflict, and he feels that it is here that he must show respect, however belated, for those who once lived here.

Menachem first sets out to get the blessing of the elders of the Lifta refugee committee, who are now living in East Jerusalem and in the Occupied Territories.  He discovers that they are uninterested in the symbolism of having their ancestral cemetery restored.  They want Lifta itself.

The Ruins of Lifta screens in LA and NY.

All donations for the production and distribution of The Ruins of Lifta are tax-deductible to the fullest extent of the law. 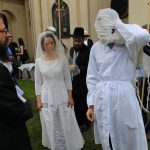 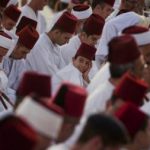