A film by Johanna Schwartz

Music is at the heart of Mali culture. Sufi Islam is the predominant religion in that African country, and Sufis use song as a celebration of God.  It is through music that Mali’s oral history is shared.  Music is the news, and the source of information appraising Malians about their religion, history, politics and culture.

In August of 2012, the mujahedeen forbid the broadcasting of any music on all radios in the Islamic territory of Mali.  When the Islamic extremists took over, Mali’s cultural class, including musicians, fled to refugee camps in Mauritania or Burkino Faso.  Wherever they ended up, Malian musicians chose to stand up to the ban and to highlight their plight.  The songs being composed about the conflict and infringement on freedom of religion and expression will create a soundtrack that enhances the film’s narrative.

The film had its world premiere at South by Southwest in April, 2015. Eleven international festivals will screen the film in Autumn.

All donations for the production and distribution of They Will Have To Kill Us First are tax-deductible to the fullest extent of the law. 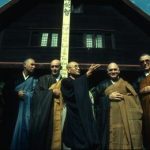 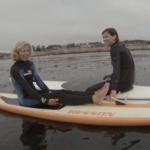