While the Monks Are Praying

While the Monks Are Praying

A film by Kasia Sobocinska

While the Monks Are Praying tells the story of individuals behind the Gross National Happiness (GNH) concept, a term coined in 1972 by Bhutan’s Dragon King, Jigme Singye Wangchuck.  Among the “pillars” of GNH are preservation and promotion of cultural values, mindful governance and spiritual compassion.  The concept represents Bhutan’s commitment to build an economy based on Buddhist spiritual values. Bhutan is the only country in the world that has implemented GNH and wellbeing measurements into its constitution.

Dr. Saamdu Chetri, a Buddhist monk, is the Executive Director of the GNH Centre in Bhutan, and regularly reports to the King of Bhutan, Jigme Singye Wangchuck’s son.  While the Monks Are Praying will show through a set of screening tools used by the Bhutanese government just how the country applies GNH in its governance.  With rare access to the Bhutanese Royal family, archival footage and historical events, the focus will be on how GNH creates an economy based on altruism, compassion, solidarity and collaboration, as well as living in harmony with nature. The film will attempt to capture the spirit of Bhutan, which sets the happiness and spiritual culture of its people at the top of its political agenda.

All donations for the production and distribution of While the Monks Are Praying are tax-deductible to the fullest extent of the law. 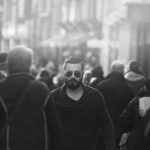 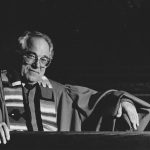