NEW YORK —  Today, Auburn Seminary proudly announced in partnership with Hartley Film Foundation the launch of its new program, the Hartley Media Impact Initiative at Auburn, which will use the best films on faith and justice to activate the moral courage of leaders, their communities and the general public to heal and repair the world.

For more than a decade, Hartley Film Foundation, through its seed grant and fiscal sponsorship programs, cultivated and supported the best character-driven documentaries on the impact of religions on current global issues.

“Auburn and Hartley look forward to broadening the community of organizations and leaders committed to leveraging the power of story and media for social good,” said Macky Alston, senior vice president of Auburn Seminary and award-winning documentary filmmaker. “Film has the unique effect of reminding us of what it means to be human and to live into our moral leadership, whoever we are.”

Sarah Masters, former Hartley Film Foundation director and now director of the new initiative at Auburn, adds that merging the aligned missions of Hartley and Auburn will bolster the use of film and video at the intersection of faith, media and social justice and allow this new initiative to reach the widest audience with the greatest impact.

Auburn’s network of faith leaders will be partnering with filmmakers, impact producers, NGOs, educators, broadcasters and programmers, under the auspices of the new Hartley Media Impact Initiative, to create a vital platform to further the multifaith movement for justice.

The Hartley Media Impact Initiative at Auburn will curate documentaries and other media that move hearts and minds, educating and inspiring action to stop injustice.

Auburn Seminary identifies and strengthens leaders — from the pulpit to the public square — to build communities, bridge divides, pursue justice and heal the world. 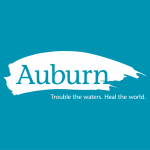