“We challenge President Trump to appoint a Justice to the Supreme Court who believes the Constitution is meant to protect liberty and justice for all, not just some.”

“President Trump’s pick to serve on the U.S. Supreme Court surprises no one but should alarm everyone. Like so many of the president’s nominees to other positions, the nomination of Kavanaugh will cause even greater division in a country that already is breaking apart. Stacking the high court with the deeply partisan, even political, choice of Kavanaugh will deepen despair and frustrations of people across the country who continue to lose confidence in the commitment of this administration to protect basic human rights. Unfortunately,  Kavanaugh, cannot be trusted to make decisions on religious freedom that are not synonymous with discrimination, protect the freedom for women to make choices about their own bodies, secure the rights for LGBT people to enjoy full marriage equality, and to address the systemic racism in our voting and legal systems that has arrested America’s promise of Justice for All.

“As a faith leader, my conscience demands that I speak out against this nomination and urge other faith leaders to rise up in opposition to Kavanaugh’s confirmation. We challenge the U.S. Senate to do its job to ensure that the president nominates a Supreme Court Justice that understands the Constitution and who sees the law as primarily a safeguard to protect the rights of all, not just the powerful and privileged — including, and perhaps most notably, President Trump.

Auburn Seminary is a leadership development and research institute, working to build the field of the multifaith movement for justice. From local to global, Auburn equips leaders of faith and moral courage and brings together unlikely partners to address today’s seemingly intractable challenges, strengthen communities and inspire hope 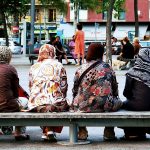 A call for faith leaders to stand with MuslimsPress Releases, Voices 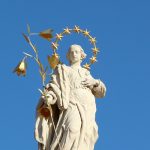