I am Korean, Christian, a woman, an immigrant, and a single mother to two sons. My middle name is 현. 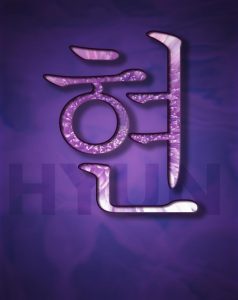 By: Jeannie Lee, Director of Facilities and Hospitality

I am Korean, Christian, a woman, an immigrant, and a single mother to two sons. My middle name is 현.

On March 16, 2021, in Atlanta, eight innocent lives were violently taken. Six of the eight people murdered were Asian women, and all eight were murdered by a white, racist, misogynist, male, Christian American terrorist. In a matter of hours, eight lives were burned down in gunfire. Painfully I’ve uncovered in the ashes of this tragedy widows, widowers, orphans, and searing pain. Today I’m gathering the ashes and crushing them together to forge a brilliant diamond for those of us who refuse to be defeated by hatred and violence.

As we learned the names and stories of these latest victims of the U.S.’ centuries-long history of systemic and interpersonal violence, I was shaken deeply to learn that my middle name is also the first name of one of the women who was killed. Hyun is how we spell it in English. This created a connection for me but it’s our Korean name – 현 – that binds us.

Like me, 현 has two beautiful sons, she is an immigrant, she is Korean, she is woman. But now, because one man had access to guns and was poisoned by a purity culture that tells men that women are to blame for men’s choices, our stories diverge. I’m still alive. 현 is not. And my being alive means that I’m adopting her boys as mine now.

I pledge to do everything for 현’s sons as I do for mine. I’ve been able to secure my boys’ future so now I’m going to work on securing theirs too. I will do direct outreach to them, deposit funds in their bank accounts, connect them with trusted allies locally, keep them safe and healthy, and make myself available as they need me. And when conditions permit, I will visit with them.

I’ve found myself in this tragedy and I cannot, will not look away or walk away. Instead, I am fully diving in to do my part so that justice is served for the victims and their families.

Please join me in moving creation towards healing and justice. Join me as people of faith to: 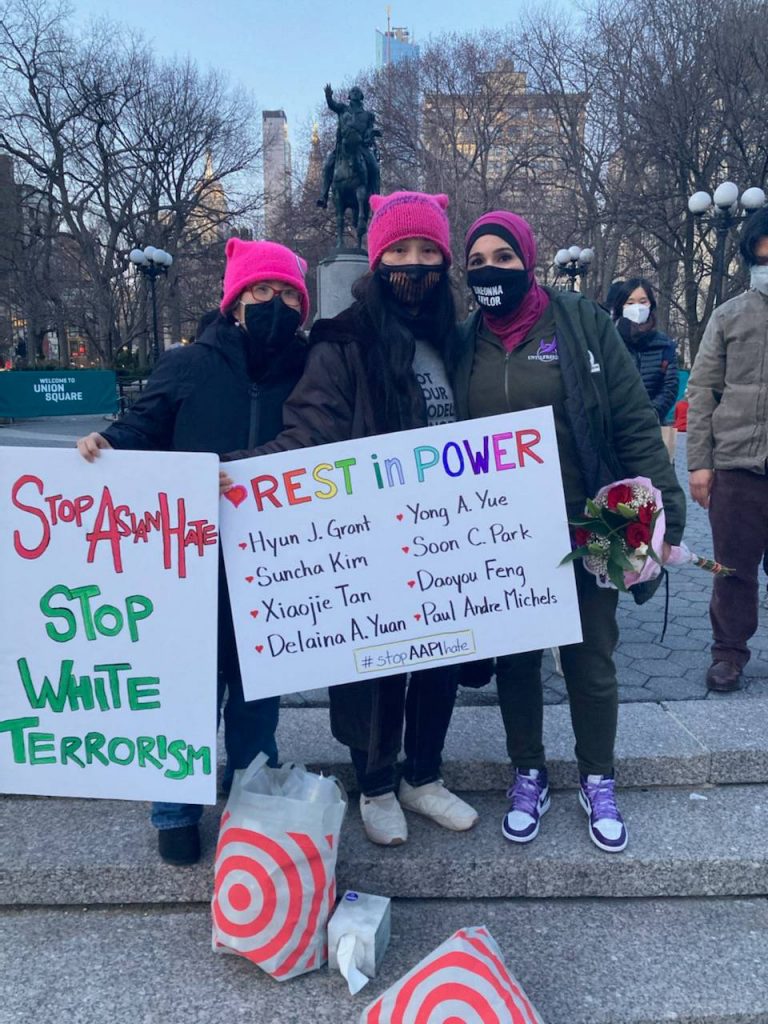 Jeannie Lee (left) and Chris Yamamoto from Auburn Seminary with Auburn Senior Fellow Linda Sarsour at a rally and vigil on March 19, 2021.

+ Strengthen and fund systems to protect and prevent violence and trauma against communities of BIPOC, AAPI and women,

+ and to directly respond to the Atlanta killings, improve the conditions of the massage parlor industry which is for many women their only lifeline

+ Provide robust support for the families of the victims and local community – financially, systemically, politically

+ Step out and into this moment BOLDLY on faith!

+ And if you can, generously donate to a local AAPI organization

Jeannie Lee is the Director of Facilities and Hospitality at Auburn Seminary. One day, Jeannie walked 18 miles in the name of justice and was radically transformed by that experience. 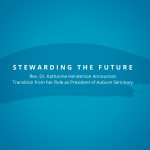 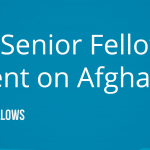