Struck down but not destroyed.

Surely God is weeping. We weep too.

The image of a white police officer’s knee on George Floyd’s neck is burned into our individual and collective mind’s eye now. We see it in our nightmares and wake up knowing it’s real.

It is America’s knee on the neck of black and brown bodies, taking God-given breath until there is breath no more. The willful indifference on a turned away face is the indifference of an America that accepts the slow death of black and brown people through economic inequality and a wealth gap; voter suppression; compromised maternal health of black women; police brutality; COVID-19 that hits black people and communities the hardest; and on and on.

In response, we are witnessing a wave of uprisings that are committed to sweeping away the status quo, committed to transforming the future so that Black people and communities can thrive.

But Trump’s Defense Secretary Mark Esper said to governors that the streets of our cities are now the battlefield and that America needs to “dominate the battlespace.” Everything about this statement is wrong.

If there is a battlefield, it is not in our streets but in our souls. Our cities are sites of uprisings and yearning and hope. Our spiritual battlefield—in each heart and mind, in our systems and structures, around a cohesive national identity—is fundamentally a battle for who gets to be fully human.

Fortunately for us, God has made that decision already: that all of us are beloved and especially those pinned to the ground with a knee on their necks, pushed to the margins, experiencing the persistent trauma of injustice.

Through the work of Lisa Anderson, Vice President and founder of the Sojourner Truth Leadership Circle at Auburn Seminary, we know that dismantling white supremacy is not enough. What is needed is both more radical (as in down to the roots) and more faithful. We must love Blackness.

What this means, for example, is made real and vivid and poignant in the six-year-old, Black son of a colleague– who in these violent and frightening days expressed to his mother, “I don’t want to die.” Loving Blackness means loving him and acting on his behalf as if he is your own flesh and blood.

Loving Blackness must happen on lots of levels–it’s theological, existential, comprehensive, and urgent. There’s a lot to learn and a lot to do.

As individuals, families, congregations, communities, and I’m speaking mostly as a white woman to white people—and more specifically as a faith leader to white Christian people—there’s internal work to do. We must get over the smugness that we’re one of the “good ones, the “woke” ones, as if we’ve arrived. White supremacy lives in all of us and in our institutions.

As organizations and institutions, like Auburn, there’s a reckoning with our two-hundred-year-old history and with our present to use the power we have and our resources to create equity and to transform from the inside out. Dismantling white supremacy and loving blackness are practices that we’re working on every day. We’re on the way and we won’t go back.

As for our country, all systems and structures need to be reimagined, dismantled and assembled anew with an emphasis on building from community to community, from the ground up. Our healthcare, criminal “justice,” political, and economic systems must be influenced by the people whose lived experience in their communities makes them experts.

The voices in the streets and those whose blood is crying from the ground are clear and haunting and will not be stopped until justice and equity are real. We’ll know it when we feel it.

When Trump ordered the tear-gassing of protestors and clergy members so that he could pose with a Bible in front of St. John’s Church in D.C., it is a mockery of God and of the values we know to be true. His calls to battle are a dog whistle to his base but we understand where our battle must be waged–in hearts and minds, structures and systems and in a nation humbled and willing to reckon with itself.

Inside every spiritual battlefield, hope and promise can be found. A text from the Christian tradition offers courage for the living of these days: “We are hard pressed on every side, but not crushed; perplexed, but not in despair; persecuted but not abandoned; struck down but not destroyed.” (2 Corinthians 4:8-10) 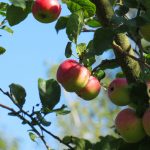 A Justice for AllPress Releases