Some surprisingly good polling was released today that should give hope for all who envision an inclusive, just, and compassionate America.

Public Religion Research Institute released a wide ranging report on  U.S. attitudes towards transgender Americans, religious liberty, and perceptions of discrimination facing Muslims and Immigrants.  In every instance, it shows that the majority of Americans are increasingly welcoming of the rich diversity that makes America great — although progress continues to be maddeningly slow.

For instance, 53% of Americans oppose laws that would require transgender people to use bathrooms that correspond to their sex at birth rather than their current gender identity.   Perhaps influencing these numbers is the fact that social contact with transgender people has doubled in just five years with 21% now saying they had a close friend or family who is transgender, compared with only 11% in 2011.

Anderson said, “This is such heartening news, and speaks to the fundamental sense of decency and fairness that inspires the majority of Americans. My hope is that more and more Americans will get to know trans people in their communities and families and appreciate the sacredness of their lives like all others Americans.”

Another surprising result was in the exercise of “religious liberty.” Americans overwhelmingly (64%) oppose allowing small business owners to refuse to provide products or services to gay or lesbian people based on religious beliefs. Nearly two-thirds (67%) of the public favor requiring employers to provide employees with health care plans that cover contraception or birth control at no cost.

These trends shows that Americans understand religious liberty to be a core value that is about the freedom to believe and worship as they please, rather than a pretext to deny other Americans of their full dignity and citizenship.

Much of the division falls along partisan lines but there are also notable religious ones.  On almost all of these questions, White Evangelical Christians are outliers from other religious communities being the only religious group to favor the ability of small business owners to refuse products or services to gay and lesbian people on religious grounds (56% to 39%).  White Evangelicals also believe that Christians experience more discrimination in America than Muslims (57% to 44%).

Robert P. Jones, who heads up PRRI, and the author of The End of White Christian America wrote in an email:

“This poll demonstrates just how far the ground has shifted in the religious community.  Just a decade ago, you could generalize with some degree of accuracy that the debate over LGBT rights was between religious people who were opposed and non-religious people who were supportive.  But today, white evangelicals stand alone as the only major religious group with strong opposition to same-sex marriage and the only religious group that supports religious exemptions that would allow small businesses to refuse services to gay and lesbian people.”

Jones went on to say:

Given that White Evangelicals supported President Trump at a rate of 80%, the influence they have over the current Republican leadership’s agenda is not surprising.  What PRRI’s polling reveals, however, is that the current efforts by Republicans on issues of immigration, LGBT rights, women’s rights, and racism do not reflect the growing consensus about the just and inclusive America that the majority are dreaming of. 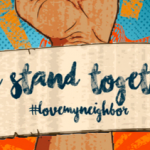 5 Ways To Support Your Sikh NeighborsVoices 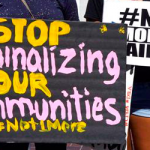