Dr. James Cone died today.  I had heard he was very ill and I told one of his closest friends that I only wanted to tell him yet again how thankful I am for the time he took to make me a better human and a truer Christian.  Dr. Cone taught Systematic Theology (among other courses) at Union Theological Seminary in New York City.  I took the course my first year of seminary in 1993 and it changed my life.  Dr. Cone challenged me as a white man of significant privilege. He helped me see the racism that was convenient not to see and offered me a pathway to salvation through a recognition of the Black Jesus who was calling me to repentance and redemption.

Dr. Cone wrote his first book Black Theology, Black Power in 1969 in the months after the assassination of the Rev. Dr. Martin Luther King, Jr. and followed it up the following year with Black Theology of Liberation in 1970.  Dr. Cone continued to write major works throughout his life including Martin & Malcolm & America: Dream or a Nightmare, and his latest The Cross and the Lynching Tree, which, when I was Religion Editor at HuffPost, we named one of the best religion books of the year saying: “One of the great theologians of the late 20th century, Cone forces us to look hard at suffering, oppression and, ultimately, redemption.”

I remember my first theology paper which was an examination of the intersections of Black Theology and Queer Theology.  Cone invited his students to understand how different communities understood God, especially communities that had lived under oppression.  When Dr. Cone taught the section on LGBT history and theology, I could see how he relished quoting the profanity laden statements by the drag queens who stood up and refused to take the abuse anymore.  Dr. Cone was generous that way; he wanted people to know about the experience of oppression and terror that black people had experienced in this country but he also was moved by other voices.  He told me “God is a God that makes liberation meaningful to those who are marginalized no matter where they are. God takes on that identity of the oppressed”

But he never lost his focus.  Ultimately, he invited the question, “Who do you love, and how can you love them well?”  His answer to the question was, “I love black people,” and that motivated and inspired him all his life.  I am so thankful that he was a crucial teacher as I try to overcome the white supremacy that drenches our country and work for racial justice.

In 2015, I had the chance to interview Dr. Cone for a podcast I was doing at HuffPost called All Together. We were celebrating Martin Luther King Day in the shadow of the killings of Michael Brown, Eric Garner, Tamir Rice. I titled the Podcast Why God is Black.   It was the last long conversation I was able to have with him and I thank God for it.

We all must die.  Few of us will die having created a legacy of prophetic power like Dr. James Cone.   Rest in Power, Professor. 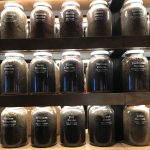 Walking in their Footsteps In Montgomery, AlabamaVoices 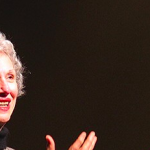 The Interfaith Vision of Phyllis TickleVoices