This week, my husband and I lit candles and chanted to bring in the spring with a small group of fellow Pagans. An older woman offered a prayer in German, in hopes of pleasing Ēostre, the Germanic Goddess of springtime. We were celebrating Ostara—the Pagan holiday honoring the beginning of spring. Light and dark are equal. In my Wiccan faith, this is a time of growth and renewal. For our celebration, my husband and I chose to honor Ēostre, the Goddess believed to be a patroness of the dawn and early spring. Little about Her is known. Some believe She is connected to eggs and rabbits. Many say Her rites were absorbed into Easter celebrations. 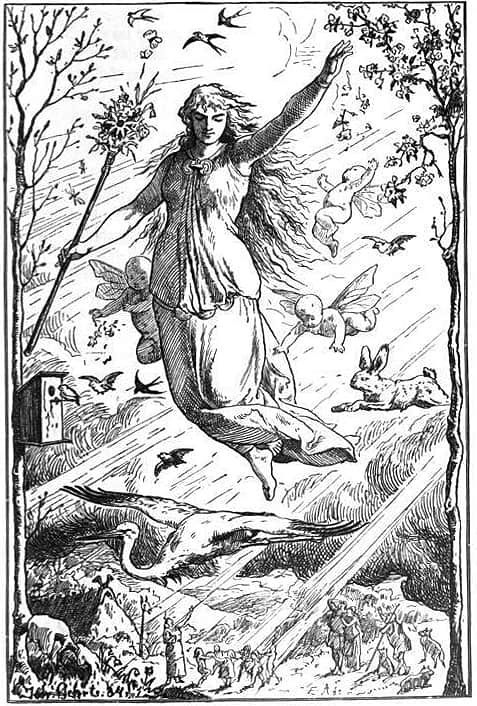 Wiccans depict this mysterious Goddess as a youthful, happy maiden with flowing hair and a flowery crown: a sweet and gentle adolescent Goddess bringing warm life to a cold world after a winter’s slumber.

It’s absolutely the opposite vision I have of Ēostre.
And definitely not an accurate vision of early spring.

It’s barely forty degrees today in my Oregon town today, and the rain has no intention of letting up. New York is buried under a foot of snow. If Ēostre is the embodiment of spring, She’s a furious adolescent throwing a massive tantrum. Is She upset from being awoken from Her slumber? Or is She angry at the world She sees upon awakening?

Looking out the window, and at the news, the vision of Ēostre as an angry youth is much more appropriate than the light-hearted Goddess of Neo-Pagan lore.

We hardly had time to process the Parkland shooting before there was yet another one in Maryland. Already, the national conversation has largely moved on past both. School shootings are normal. We see the headlines, we swell with momentary rage and grief, perhaps we even check to ensure we knew no one at the site. And then we move on. It’s mostly a protective measure. How could any of us continue to function if we allowed ourselves to fully grieve and rage these events when they happen so often?

Yet this Ostara is bringing along a new sensation. Unlike the majority of us, young leaders are not returning to complacent hibernation. They are furious. Their speeches and walk-outs are as disruptive to the status quo as the springtime blizzard in the northeast. They are as persistent as the daffodils in my front lawn, which insisted on blooming despite driving rain and sudden frost. Is that the nature of otherwise mysterious Ēostre? Is She the Goddess grown so tired of winter ravaging the Earth that She takes it back with a force of fury? We know so little about Ēostre, but if She is reflected in the youth that charge the streets this weekend, that’s all I need to know. We have underestimated the power of youth for far too long, just as we Neo-Pagans have all-too-often minimized the power of Ēostre.

This weekend, I’m marching in the March for Our Lives in downtown Portland with my parents. My father hasn’t marched since a Nixon impeachment rally he attended in college. I don’t believe my mother has ever marched. My parents aren’t Pagan, but yet there’s a piece of Ēostre weaving through all three of us, even though we’re all far from being adolescents, ourselves. She is summoning us from our complacent hibernation. We’ll stand with thousands of those who too are reinvigorating the world. As Ēostre brings life to a barren landscape, we now have a chance to breathe life.

Hail Ēostre and Hail the youth.

I’ll be out there and hope you’ll be there, too.

Courtney Weber Hoover is the Director of Program Operations for Auburn. She is a Wiccan Priestess, Tarot Adviser, and author of the books Brigid: History, Mystery, and Magick of the Celtic Goddess and Tarot for One: The Art of Reading for Yourself.

Do you have holidays that help you connect to the multifaith movement for justice? Let us know about your favorites on Twitter and Facebook 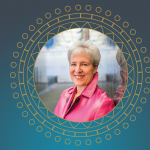 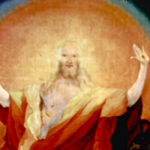 The April Fool’s in EasterVoices