Our spiritual encounters are increasingly interactive. Documentaries and other kinds of media are jumpstarting meaningful discussion in churches, mosques, synagogues, and other faith-rooted settings.

Tell meaningful stories
Storytelling is a tool to help people make sense of the world and is as old as civilization. Often it’s at the very root of religious practice. You’ve seen the familiar images: from cave paintings to stone tablets, to the Gutenberg press, to a flickering hand-cranked projector.

For generations, people have found community and faith and strengthened their spiritual practices by sharing ethical perspectives through history and creativity.

Faith leaders and members of faith communities, particularly those who are focused on social change, have long used powerful stories to lift people up; inspire reflection about ethics, justice, and spirituality; and offer pathways to action.

Many faith leaders now recognize that incorporating independent documentary film into their work can help galvanize their congregation or members about social justice issues and engage new community members to participate in a social justice ministry, outreach effort, or direct community action.

But filmmakers and spirit-rooted, justice-minded leaders have a lot in common.
Both groups are usually passionate, they believe in the power of stories, and many are deeply involved in social justice.

Both understand the collective power of gathering people together and moving them emotionally by helping them walk in others’ shoes.

Both groups often have multiple vocations or jobs, are under-resourced, and work hard to find an audience…or to keep the audience they already have engaged in their ongoing work.

Documentaries can be excellent resources for… 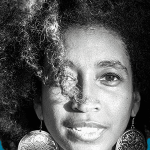 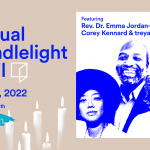