The Gospel of Wakanda

The Rev. Dr. Otis Moss III is a total comic book/superhero geek.  So much so, that as part of his contribution to the Auburn Senior Fellows he has given every Fellow a superhero moniker, connecting their real-life superpowers with characters in the comic book pantheon.

Dr. Moss is also Pastor at Trinity United Church of Christ in Chicago.  So when the movie Black Panther came out, it was destined to be a huge thing in his community.  The church rented a movie theater and encouraged members to dress as characters or in African clothing for the screening.  They had drummers and a special line of the Church’s step team so that church members would walk through a corridor of royal warriors who would salute using the Wakanda salute.  Finally, people made their way to the stage where they could get a family photo to remember their visit to Wakanda. 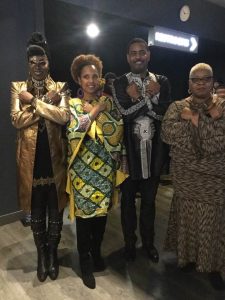 And the church even ambushed two groups of young people and gave out hundreds of free tickets, which, as one can imagine, resulted in pandemonium. Dr. Moss laughs, “We like to say that we went to the theater in Wakanda and we brought Wakanda to the theater.”

For Dr. Moss, the story of Black Panther offers important spiritual messages that resonate with his Christian witness.

“What I love about T’Challa is that the Black Panther is a unique superhero.  Superman comes from another planet, Batman is just wealthy, Peter Parker was bitten by a radioactive spider.  But T’Challa, if you take away his suit, he gets his real power from the spirit, the spirit of the panther. In other words, he gets his power from the Holy Ghost.

The second thing that is so powerful about the entire story is the Dora Milaje, the royal guard of Wakanda.  They are all women and the most fearsome fighters.  The reason they are so fierce, according the comic book lore, is that only a woman has the stamina, IQ, and emotional intelligence to practice the martial art of Wakanda at this level.  Because the martial art of Wakanda requires you to coordinate with someone else.  So, they are one body, but many parts.  So you have these two biblical things happening that flow in the Black Panther.”

While there is playfulness in his Black Panther focus, he is also very serious that the film offers an important opportunity for reflection.  Dr. Moss has created an extraordinary Black Panther Study Guide for people who want to go deeper, complete with bibliography. There are too few cultural expressions that put black lives in the center of the story, and his pastor is not going to miss this opportunity.  Dr. Moss preached his sermon this past Sunday with the title: “We are Wakanda.  Wakanda forever.”

And Dr. Moss is already planning a sequel to Black Panther.

“The sequel to Black Panther will be on voting day when we vote.”

You can get your tickets here. 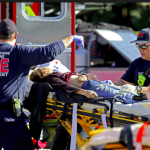 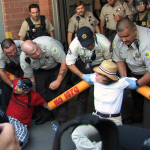 How Documentary Films In Communities Of Faith Can Transform LivesVoices