Lisa Sharon Harper On What Happened at #IndigenousPeoplesMarch

Lisa Sharon Harper is an educator, activist and Christian, whose prophetic work on racism in all its forms has shaped the conversation in Evangelical circles and in the wider multifaith movements for justice.  She is the author of The Very Good Gospel and an Auburn Senior Fellow.  She was on the mall with the Indigenous People’s March and has taken the time to look at the videos from many perspectives to see how racism showed up on the mall.   The twitter thread below captured the clarity of Ms. Harper’s vision that is so needed today.

Lisa Sharon Harper on what happened at #IndigenousPeoplesMarch 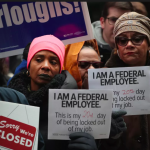 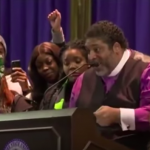