Three weeks ago  I was driving home from Long Island when I got a frantic call from my sister who had heard the news on CNN that Chelsea was under attack. “Don’t cross town on 23rd street – there’s been a bombing!” she said. I immediately thought of my nieces and nephews who might have been out with their friends walking on 23rd street; of numerous friends who live on 25th street; of the little shops in that area and their store owners I got to know during the years I worked in the neighborhood. Was anyone injured? I worried. As news reports started trickling in and the injuries were not life threatening, I was relieved. Then a dynamic young Egyptian American friend of mine and his fiancée, whose wedding I plan to attend in October, said he had just left 23rd street before the bomb went off. I realized it could have impacted any of us, in a city that is beloved to all of us.

To be a New Yorker is not to claim a nationality, an ethnicity, a religion, or a race. It is an attitude of how to live life side by side with neighbors who may be total strangers, and who may be very different from us, yet with whom we are called to live in community.  What makes New York great is the ethos of “respect thy neighbor,” which is the core value of my religion, Islam, and has been instilled in me and 1.6 billion peaceful Muslims around the world. So why would this man, who claims to be a Muslim, violate this essential value of his own religion? Why would he take aim at innocent people and disrupt the unity of purpose that all New Yorkers share? The answer is simple: he is consumed with hate. And hate does not distinguish between Muslim and non-Muslim – it wants to divide us and instill fear in all of us. His actions say, “I am different than you and I do not recognize myself in you.”

I have spent a lifetime working against extremism because it is antithetical to Islam and to the core values of the best of what Islam has to offer. I am worried because what is going on now, not only with violent extremists but also with politicians who fan the fear of extremism, is very dangerous to our shared civic life in this great country. Fanning the flames of divisiveness and fear only serves to divide us, tearing us apart from within.

As a New Yorker, I am at risk, and I am committed to diminishing this risk. And although we have been working for the past 15 years to thwart the extremist threat, we are now redoubling our efforts and creating a solution where every New Yorker can get involved. You will be hearing from us soon when my organization, WISE: The Women’s Islamic Initiative in Spirituality and Equality, releases a community-based report on how all of us can work together to protect ourselves against the threat of extremism later this fall.

When I called to check on my women colleagues – some of whom work on youth development, others who are working on integrating Afghans into their communities, and others still who are working to further women’s rights – all of us knew together, whether it was our children, our parents, our neighbors, or our colleges, we are the New York that was threatened by extremism and we are the New York that will not rest until our neighbors are safe.

We are the New York that was threatened by extremism and will not rest until our neighbors are safe. Click to Tweet

Daisy Khan is the Executive Director of the Women’s Islamic Initiative for Spirituality and Equality and is a proud New Yorker. 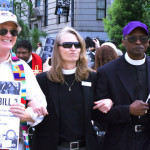 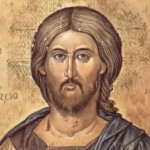 5 Reasons Why I Am A Secular Jesus FollowerVoices