A crowd funding campaign is underway that brings closer together two communities that are too often pitted against one another.

The campaign leaders and donors were responding to the recent desecration of over 100 headstones in Chesed Shel Emeth Cemetery, University City, Missouri.

The campaign indeed reached and then surpassed its initial target of $20,000 in just three hours.

Campaign organizers say that they were inspired by the words of Prophet Muhammad, who, to his followers’ surprise, stood up to pay respects for a passing Jewish funeral procession, saying “Is it not a human soul?”

After a divisive election cycle, hate crime against both Muslim and Jewish communities has been on the rise. Since the beginning of the year, nearly 70 Jewish Community Centers in several states have become the target of a bomb threats, while the number of anti-Muslim hate groups has increased almost 200% in 2016.

After the success of the Muslims Unite campaign, Rabbi Sharon Brous, who visited the cemetery, posted on Facebook the repair work being carried out on the same day. She thanked the American Muslim community for their generosity: “This is an incredible tikkun [meaning “fixing and repairing” in Hebrew, which also connotes “social action”] and act of love and solidarity.” 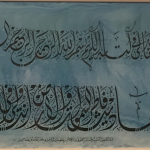 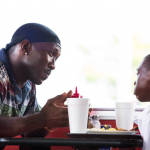 Academy Awards Celebrated The Diversity That Makes The World GreatVoices