Myanmar Christians And the Struggle to be Faithful

“I will be so glad to leave the U.S. and the unceasing political gnashing of teeth,” I thought as I sat at JFK, awaiting my flight to Myanmar. Since the November election, I had been surrounded, and sometimes consumed, by anxiety, anger and despair. Leaving the 24/7 news cycles and presidential tweets would be a relief. And it was. Being in Myanmar also brought home to me how little I know, understand, or appreciate the challenges Christians face in other countries in the world, challenges that help me put into perspective my own struggles to know what it means to live a faith-full life.

Myanmar is emerging from almost fifty years of military rule, often brutal in its repression of dissent. In November 2015, the country held a democratic election, the first in decades, and the party of Aung San Suu Kyii, recipient of the Nobel Peace prize, had a landslide victory. The army, however, still wields tremendous power.

Most Christians in Myanmar are from one of the seven minority ethnic tribal groups recognized by the government. The Burman, 63% of the population and Buddhist (hence the former name for the country, Burma), hold the power of government and the military. Thus most Christians find themselves twice disenfranchised, by both religious faith and ethnicity.

In addition to their second class status, the church continues to face numerous challenges as they navigate through a jungle of competing stances, positions and perspectives within their faith communities. What does it mean to be a faithful Christian in these contexts?

Since independence from England in 1948, there has been insurgency fighting within Myanmar, led by tribal groups who want autonomy and self-governance within their regions. What role should Christians take in these conflicts which sometimes divide churches and families?

Myanmar is rich in precious and semi-precious stones, including jade and rubies, and timber and forest products make up a sizeable part of the country’s resources. Much of the mining and lumber industry is located in tribal regions and sometimes this is the only employment option for Christians, other than subsistence farming – and yet many are aware how these industries do great damage to their environment.

In 2015, four laws, known as the “Race and Religion Protection Laws,” were adopted by parliament. They are, arguably, protection for the Buddhist majority and not for religious or tribal minorities, including Christians. These include having to petition your township if you wish to convert to another religion, or if a Buddhist woman wishes to marry a non-Buddhist man. Another provision makes it a criminal offense to have more than one spouse, or to live with someone who is not your legal spouse (clearly aimed at the Muslim minority). Most troubling for many tribal Christians is the requirement that women in certain regions must space the birth of their children at least 36 months apart. This is clearly aimed at controlling population growth among the tribal Christians and Muslims. Should Christians comply with this government order?

There is both love and resistance to the history and legacy of missions in Myanmar, as there is in other postcolonial countries. Great power and deference is given to western missionaries and Myanmar Christians still look to the west as the foundation of their faith. As Dr. Molly Marshall, president of Central Baptist Seminary in Shawnee, Kansas remarked on our trip, “Christianity is perceived as a potted plant, not yet rooted in the soil of Myanmar, and most believers are unwilling to break the pot.” There are some people that see the need for change, but they are clearly in the minority.

This seemed like a ‘no-brainer’ to me, the child and grandchild of missionaries. Of course they should adapt to their culture! And then I realize that, once again, like the western missionaries before me, I think I know what’s best for others. I hoped that western Christianity would be deconstructed and contextualized, but it is their church, their history, and their context, not mine.

Two days after returning home, I attended Judson Memorial Church in New York City, my home church, which was founded by the son of Adoniram Judson, the pioneer Baptist missionary to Myanmar in the 19th century.  Everything seemed to come full circle as I brought with me, in my heart, the tribal Christians I had met in Myanmar. I thought of their joy as they sang the hymns my mother and father loved and taught me and now I sing as well, “Take the name of Jesus with you.” I wondered at this mysterious faith that unites people across history, time and place, a faith which has truly been embraced as Good News by those who know all too well darkness and oppression. Myanmar Christians need courage, wisdom and fortitude as they discern what faith-full living means in their complicated context, even as we must discern what it means to live in ours.

Dr. Sharon Miller is Director of Research and the Center for the Study of Theological Education

(Photos Left to Right: Doctor of Ministry Class at Myanmar Institute of Theology, Shwedagon Pagoda, Christian doctor and Son, Worshipers at the Pagoda) 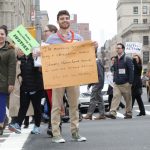 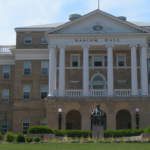 Religious Progressivism and the Wisconsin Idea in the 21st CenturyVoices