50 national and regional faith leaders, theologians, activists, and advocates representing dozens of faith traditions, faith-based organizations, and faith initiatives at secular civil society organizations gathered on Friday, February 25th, 2022, hosted by Auburn Seminary and the Center for American Progress Faith Initiative, to discuss the escalating crisis in Ukraine. Participants at the meeting established a multifaith working group to support the needs of Ukrainian and other communities impacted by the Russian government’s egregious violence.

The gathering organizers have been liaising with senior officials at the State Department and the U.S. Agency for International Development; the White House has also been advised. The organizers have also contacted the office of the Archbishop of the Ukrainian Orthodox Church (USA), His Eminence Archbishop Daniel, to discuss how the U.S. interfaith community can support them at this moment.

Participants listened to the insights from Andrij Doriansky, spokesman for the Ukrainian Congress Committee of America, as well as the author and journalist Sarah Posner on the relationship between the religious right in the United States and the Putin regime. Going forward, the working group launched today will meet to provide support in response to the invasion of Ukraine by: responding to the impending refugee crisis; lifting up perspectives from Jewish, Orthodox, and other religious and non-religious Ukrainian communities in need of support; and working with domestic and global partners to minimize the economic impact on marginalized communities in Eastern Europe and around the world.

“This diverse group of faith leaders coming together to support our Ukrainian siblings, and other communities that will be harshly impacted by this imperialist incursion, represents the unmatched ability of the religious communities to rise to the moment in a commitment to the common good.” shared Michael Vazquez, public theologian and faith organizer who led in organizing the coalition.

Vazquez added, “While the religious right continues to pander and invest its resources in pursuit of theocracy both at home and abroad, this coalition continues the tradition of advocating for peace, justice, and liberation for all people. This working group will work in support of refugees, advocate against further escalation of the conflict, and to minimize the negative ramifications this war will have on communities around the world.” 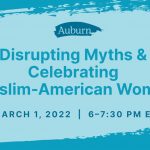 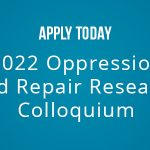