An Open Letter to Larry Fink: Companies Have a Moral Obligation to Serve a Social Purpose

Thank you for your letter to CEOs challenging them to lead their companies to serve a social purpose. This is not only a moral obligation, it is also essential, as you pointed out, for companies to achieve their full potential for the benefit of all their stakeholders – shareholders, employees, customers, and communities.

Lou Pepper, who was Washington Mutual’s CEO at the time of its initial public offering, believed fervently in the importance of stakeholder capitalism. He referred to stakeholders as the four C’s – capital markets (shareholders-investors), crew (employees), community, and customers. To Pepper all four constituencies were of equal importance. The interests of no single constituency could be fully satisfied without harming another constituency. This required balancing. Pepper’s insight was that by focusing in a balanced fashion on all four constituencies shareholders would be well rewarded in the long run.

But, Washington Mutual succumbed to the dauntless pressures of short-termism. Its commitment to all stakeholders was replaced by pursuit of short-term earnings maximization for the benefit of shareholders. Sadly, Washington Mutual ended up being a casualty of the Great Financial Crisis and to this day bears the dubious distinction of the largest bank ever to fail in the United States.

Mr. Fink, yours is a very important voice, one that commands global attention at the highest leadership levels. BlackRock manages $6.3 trillion in investments for investors, including several billion dollars for the Washington State Investment Board on which I serve as a trustee.

While many have fretted about the consequences of focusing on short-term profit maximization rather than long-term sustainable growth, short-termism remains deeply entrenched. One of the findings of the 2017-2018 NACD Public Company Governance Survey was that 74% of directors reported that “… management’s focus on long-term strategic goals has been compromised by pressure to deliver short-term results ….”

It is my fervent hope that your challenge to boards and CEOs to engage with investors to focus on driving long-term sustainable growth that serves a social purpose will catalyze action that leads to significant and permanent change.

But change will not come easily. Not only is short-termism deeply entrenched, according to the NACD survey, most boards see the challenges of social and environmental issues “… as peripheral to near-term business success, despite increased expectations about corporate sustainability from investors and declining trust in business among the broader public.” While a minority of 24% of directors believe board oversight of environmental, social, and governance (ESG) matters is important, only a miniscule 2% “… believe the changing role of business in society is a key trend impacting their company.”

Active engagement of investors with management and boards is essential. The commitment of BlackRock will most certainly make a big difference. But significant change will require more than engagement alone.

Legal standards, which emphasize directors’ fiduciary responsibilities to provide financial benefit to shareholders, are exploited by some activist investors. This increases risks to boards and managements which might otherwise willingly choose to pursue long-term sustainable growth with a social purpose that benefits all stakeholders. Statutes and court interpretations have muddied the waters and will either need to be changed or clarified.

Some public companies have chosen to become a benefit corporation (B-corp), which broadens the fiduciary responsibilities of directors and managements to include using resources for social purposes. Since 2013 the number of states authorizing B-corps has increased from 12 to 28. Good progress, but more is needed. Moreover, it would help to clarify fiduciary standards to obviate the need for companies to become B-corps to mitigate risk.

Alternative governance structures, including non-profit organizations and cooperatives, such as credit unions, unequivocally serve a social purpose and provide benefits to all stakeholders. As you mention, “… society increasingly is turning to the private sector and asking that companies respond to broader societal challenges.” Non-profits and co-ops typically evoke a high level of trust and are flourishing today exactly because they are responding effectively to societal challenges. As a case in point, I have the privilege of serving as a director of BECU, an $18 billion asset credit union headquartered in Tukwila, Washington, which serves over 1 million members. BECU is committed to “Putting People First” and “People Helping People.”

Our educational institutions, and in particular business schools, can become powerful enabling allies. In recent decades, maximization of firm value, which is another way of describing creating long-term sustainable value, has become an anchor of business theory. However, in practice the theory has been oversimplified to focus mechanically on maximizing earnings per share, without considering the potential contributions to firm value of harder to measure benefits of serving other stakeholders’ interests and needs in addition to those of shareholders.

Teaching and research can help shift the singular focus on short-term earnings to long-term value creation. I am a member of the Dean’s Board of Advisors and an Executive-in-Residence at the Robert H. Smith School of Business, University of Maryland. That gives me a first-hand opportunity to observe and participate in what business schools are doing in research and teaching to prepare students to become leaders in organizations who understand and are committed to working to create sustainable long-term growth which serves a social purpose.

Maryland’s Smith School has introduced more than a dozen courses over the past few years at both the undergraduate and graduate levels on social entrepreneurship, social innovation, sustainability and ethical leadership to provide students with new ways of thinking about the role of business in society, as well as the tools to create social impact through their business careers. Through its Center for Social Value Creation, the Smith School also hosts the Change the World consulting program where students and corporate mentors work on supporting nonprofit organizations driving social change.

One last comment. Mr Fink, you mentioned the importance of a diverse board. I would add that diverse workforces and management teams are also important. A recently released McKinsey & Co. study, “Delivery Through Diversity” examined financial data of more than 1000 companies in 12 countries. McKinsey found that companies with diverse executive teams had higher profit margins than their competitors who had less diverse management. Both gender and ethnic diversity are important but ethnic diversity results in even higher profit margins. A growing body of research, including work of Smith School scholars, has come to strikingly similar conclusions.

In closing, thank you for your “call to arms.” Creating a culture in which long-term sustainable growth with a social purpose guides decision making and is the accepted norm is important work, which will benefit all stakeholders. Realization requires the dedicated and persistent efforts of many.

William A. Longbrake is a trusted voice within the business community and a member of the Auburn Seminary Board of Directors. 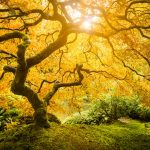 Connecting to the Tree of LifeVoices 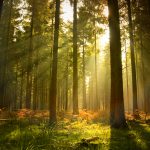 Celebrating the earth and Tu B’ShvatVoices