Doing Pastoral Care in the Wake of Charlottesville

On Saturday, August 12, 2017, white supremacists created a war zone in Charlottesville, VA in their ‘unite the right’ rally when they marched to the beat of white nationalism.   Saturday’s violent rupture of an overwhelming ideology of hate and violence, though, is not unique to this country. The politics of this country support such violence and ideology of hate, as does the public religion of white nationalism.  We must find ways to stand against this death-dealing logic and America’s original sin.

The public square on Saturday in Emancipation Park in Charlottesville, VA was an open display of empire religion, or what I am calling the religion of nationalism, and the liturgy of this display of empire religion was the public display of overwhelming violence that resulted in the death of Heather Heyer and the injury of another 19 reported folks when a car pulverized a crowd.  We are in what I am calling ‘the tyranny of the now,’ and we must find ways to bridge together our local and national movements in dismantling the three prongs of white supremacy:  racism, militarism, and capitalism and lean into the leadership of women of color who are helping us cast a moral imagination that fundamentally dismantles this three-pronged approach to empire religion, along with deepening our relationships with our elders who have long been Freedom Fighters.

Downtown Charlottesville was turned into a war-zone and neighborhoods were terrorized by neo-fascists nazis, what became exceedingly clear to me what the overwhelming reality of trauma that people experienced.  I know for me, the over-exposure of hate, vitriol, and violence has traumatized me.  And, having that awareness in my own self has prompted me to reach out to those who were also over-exposed to this ideology of hate, violence, and vitriol.

In my reaching out, I have provided an abundance of pastoral care to folks who remain in shock, some of whom were hit in the face by projectiles. I have been coordinating bringing in people with expertise around trauma, and we will be holding community care healing circles.   With a deep awareness of my own trauma and fatigue, I am sitting and listening to folks who are trying to make sense of what happened and also trying to make sense of where to go from here.  How can their unresolved issues with both their own racializing and faith impact the decisions they make now in responding to ideologies of hate and violence?  In the wake of Charlottesville, let us remember that this is a national crisis, and our entire country is in need of pastoral care, because if we don’t learn how to engage in practices of resilience in our activism, we will not be able to dismantle the evils that threaten our deepest flourishing.

Important to this reflection regarding the war-torn violence on Saturday at the hands of white supremacy is to focus our attention on bridging with generations who have come before us who have done this work in fighting racism, militarism, and capitalism. In as much as we need the young organizing energy to combat supremacist logic, we also need our elders.  If we do not tie this to the larger movement of dismantling white supremacy, “we give people an out and balkanize this event.” Dr. Ruby Sales offered this comment, following Saturday’s event, and I agree.  Likewise, Dr. William J. Barber, II offered a Twitter sermon last night. We need to find ways to braid together the multiplicity of voices and seek to be united in our deepest differences, so that we can achieve collective liberation.  When we seek to build bridges across lines of radical difference, we are able to fortify our movement with the constellations of difference that is our growing humanity.

Movements have to be crafted to hold the complexities of differences that emerge across space and time. Helping to build a movement with a coherent frame, robust messaging, and a systems analysis requires an investment in dismantling our own internalized supremacist logic that impacts our organizing. An ability to hold the deep complexities of our growing and shifting movement with attention to a coherent frame is what will allow for precision in a systems analysis that supports robust messaging.  Bridging across lines of radical difference helps create a container to live out our call and vocation that chooses life and liberation in the face of hate and indifference. 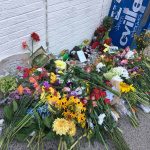 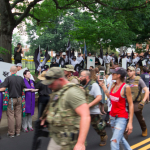 When A Neo-Nazi Called This Pastor A Heretic In CharlottesvilleVoices