PEACE: spiritual solidarity with the people of Ukraine

We are witnessing with horror the ongoing tragedy happening to people hunkering down on the ground in Ukraine and as refugees fleeing to neighboring countries. As people of faith, our hearts are broken.
We know prayer will not solve this crisis alone but we also know that for people of faith heartfelt prayers matter. Prayer is our love language we extend to those suffering on the eve of Easter in Orthodox communities around the world.
Faith communities from around the US signed a letter of spiritual solidarity with the people of Ukraine. You are still welcome to add your name and support.
This was a joint project of the national faith table of Auburn Seminary and the Center for American Progress. The effort was led by Michael Vazquez and the artwork was created by Joe Ward. This effort accompanies rapid response work that this coalition has coordinated in response to the war, including direct distribution of medical supplies and protective equipment, directly engaging with the Biden-Harris administration on critical policy needs, refugee support, and moral and spiritual leadership.
This letter will be delivered to the people of Ukraine via faith leaders we have partnered with on the ground, and has been provided in Ukrainian and Hebrew, in addition to English. We included a copy of the letter in Hebrew to express solidarity with the Jewish community who have come under egregious attacks as a part of the Russian government’s assault on and invasion of Ukraine.

Artwork by Joseph Ward III.
Joe is a Brooklyn-based painter and visual artist who develops and pursues projects at the intersections of race, sex, and power. Joe is an Artist & Campaign Strategist In Residence at Auburn Seminary.

Michael Vazquez is a public theologian and community organizer serving as a strategist in partnership with Auburn Seminary to advance national and international policies and initiatives rooted in justice, equity, and democracy. 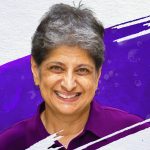