Profile Of Auburn Senior Fellows Appears In The Washington Post

When Linda Sarsour got involved in planning a massive Women’s March for the day after President Trump’s inauguration, she needed dozens of speakers to give brief remarks onstage. Sarsour, a Muslim activist, quickly found diverse and willing participants of faith, including a rabbi from California, a nun who travels the country.

All were women she had last seen in November at a gathering of a new network of eminent religious leaders. This little-known group — which includes 18 members, all of them prominent in religious organizations and highly active in national politics — is quietly seeking to bring together a “Religious Left” to counterbalance the decades-old Religious Right by supporting liberal politics with the imprimatur of faith. 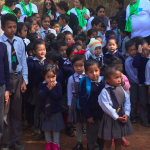 Building a Wall of Hope in the HimalayasVoices 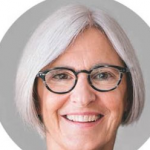