RELIGIOUS LEADERS TO CONGRESS: SHOW SOME COURAGE AND VOTE ON THE DREAM ACT

Recently, Christians around the world celebrated Pentecost, commemorating the Holy Spirit’s descent upon Jesus’ disciples and the birth of the Church. From this moment 2000 years ago, Christians have been sent out into service of all, especially the most vulnerable, a promise they renew at every worship service. For the Jewish community, this same date marks the holiday of Shavuot, a harvest festival occurring 50 days after Passover. Jews take this time to read the Book of Ruth, which teaches about hesed (loving kindness) and how a commitment of concern to one another must extend beyond tribal boundaries.

For the clergy and leaders of the Industrial Areas Foundation (IAF), the nation’s oldest and largest broad-based organizing network, these traditions and others compel them to recognize what is broken in our communities and to take prudent action to repair it. Today’s most striking example of brokenness is our country’s immigration system, and nowhere is that more apparent than here in California. The Golden State is home to more than 10 million immigrants, most of whom have legal status. However, an estimated 25% do not have legal documentation, reducing their ability to contribute fully towards our communities and economy (source: Public Policy Institute of California).

Leaders from COPA (Communities Organized for Relational Power in Action), the IAF affiliate in the Monterey Bay region, recently gathered 75 area religious and business leaders in Salinas for a conversation about immigration’s importance to our economy. Leaders from agriculture, construction and hospitality shared how vital immigrants are to their industries, and that the system must be fixed for California’s economy to thrive.

On Pentecost Sunday, 100 parishioners from two Monterey Bay Episcopal parishes came together for a meal and conversation. St. Mary’s-by-the-Sea in Pacific Grove is home to many English-speaking retirees, while San Pablo in Seaside is full of first-generation Spanish-speaking immigrants. But the assembly of people found a unifying thread in sharing their families’ immigration stories. Some described recently crossing the border in search of opportunity, others spoke of grandparents escaping persecution, and many told of their ancestors making their way out of poverty by coming to a land where hard work would pay off for future generations. After learning together about how recent policy has left millions of key contributors to our country without security or a path to legalization, the group pledged to one another to work together around their common concerns.

This same commitment to action is what is needed in Congress right now. Rep. Jeff Denham (R-Stanislaus County) and a bipartisan group of Congressional Representatives recently initiated a process that could force a vote on immigration this summer, including on the DREAM Act. The DREAM Act would provide legal status and a path to citizenship for an estimated 3.6 million young people who arrived as children and seek the opportunity to study, work and serve in America. For too long we have left this talented group, an important part of the future of our country, in limbo. While a significant majority of Americans (from both sides of aisle) support the DREAM Act (source: Politico), Congress has instead played partisan games and hid from casting a vote. Denham’s initiative is doing no more than asking elected officials to do what we sent them to Washington to do… cast votes on the issues that affect us. We urge Rep. Denham and his colleagues to keep pushing forward and ensure that the DREAM Act is brought to the floor, and we call upon Majority Leader Kevin McCarthy (R-Bakersfield) and all members of Congress to show some courage and take action to repair what’s broken. 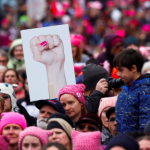 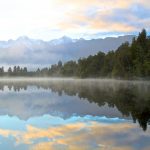 The Future is the Heart of Our StoryVoices