Learn more about the 2019 Auburn Lives of Commitment Benefit Breakfast and Awards at auburnloc.org

Growing up as the child of immigrants in Illinois, Reshma Saujani wasn’t always as brave as she is today. Fortunately, Saujani’s Indian family gave her a strong moral core rooted in Hindu teachings: “My spirituality has played a huge role in my decision to dedicate my life to serving others. Hinduism asks: “what is your dharma? What are you put in this earth to do?” To figure out the answer to that spiritual question, however, Saujani had to learn some hard life lessons.

After college in Illinois, Saujani went east to attend the Kennedy School at Harvard and Yale Law School, before taking a series of attorney positions at financial and law firms. But being a corporate lawyer was not her dharma, and it showed.

I was miserable. I wanted to quit, but I just couldn’t. A part of the reason was the money I was making, which allowed me to pay off my student loans, and allowed me to help my family.”

Saujani’s life changed, when at the age of 33, she became the first South Asian woman in history to run for the United States Congress representing a district in New York City. And she lost — badly. Three years later Saujani ran for New York City Public Advocate, and lost again. Although she ‘failed,’ Saujani describes these campaigns as the first time she did something truly brave, and her bravery inspired others, including Congresswoman Alexandria Ocasio-Cortez who wrote: “When I was a bit younger, I saw Reshma Saujani run for office in NYC. It was powerful to be able see a version of myself in someone doing something so bold.” Saujani discovered what she was meant to do with her life: “My dharma is to alleviate poverty and help create opportunities for women and girls. It is the reason I ran for office, and the reason I started Girls Who Code.“

With little tech or coding experience herself, Saujani started the not-for-profit Girls Who Code in 2012, guided by the vision to establish a future of equality in tech in which girls are entering computer science at the same rates as boys, and thriving in the tech industry. While there is unfortunately a long ways to go, Saujani is not intimidated. Since its founding, Girls Who Code has reached over 185,000 girls and has expanded to all 50 states offering intensive learning programs as well as immersive visits to all of the major tech companies.

In 2018, Saujani published the bestselling book Brave Not Perfect: Fear Less, Fail More, and Live Bolder based on her TED Talk that has been seen by over 4.5 million viewers. The book addresses how women and girls are held back by the expectation of perfection that society places on them.

So often, perfection holds us back from taking chances and pursuing our dreams, because we’re afraid we won’t be good enough. By teaching our girls to be brave not perfect, and teaching the world to allow them to be brave not perfect, I really think we can close the gender gap in tech and beyond. Incredible things happen when we do what we’re passionate about, even it if means risking failure or not knowing everything.” 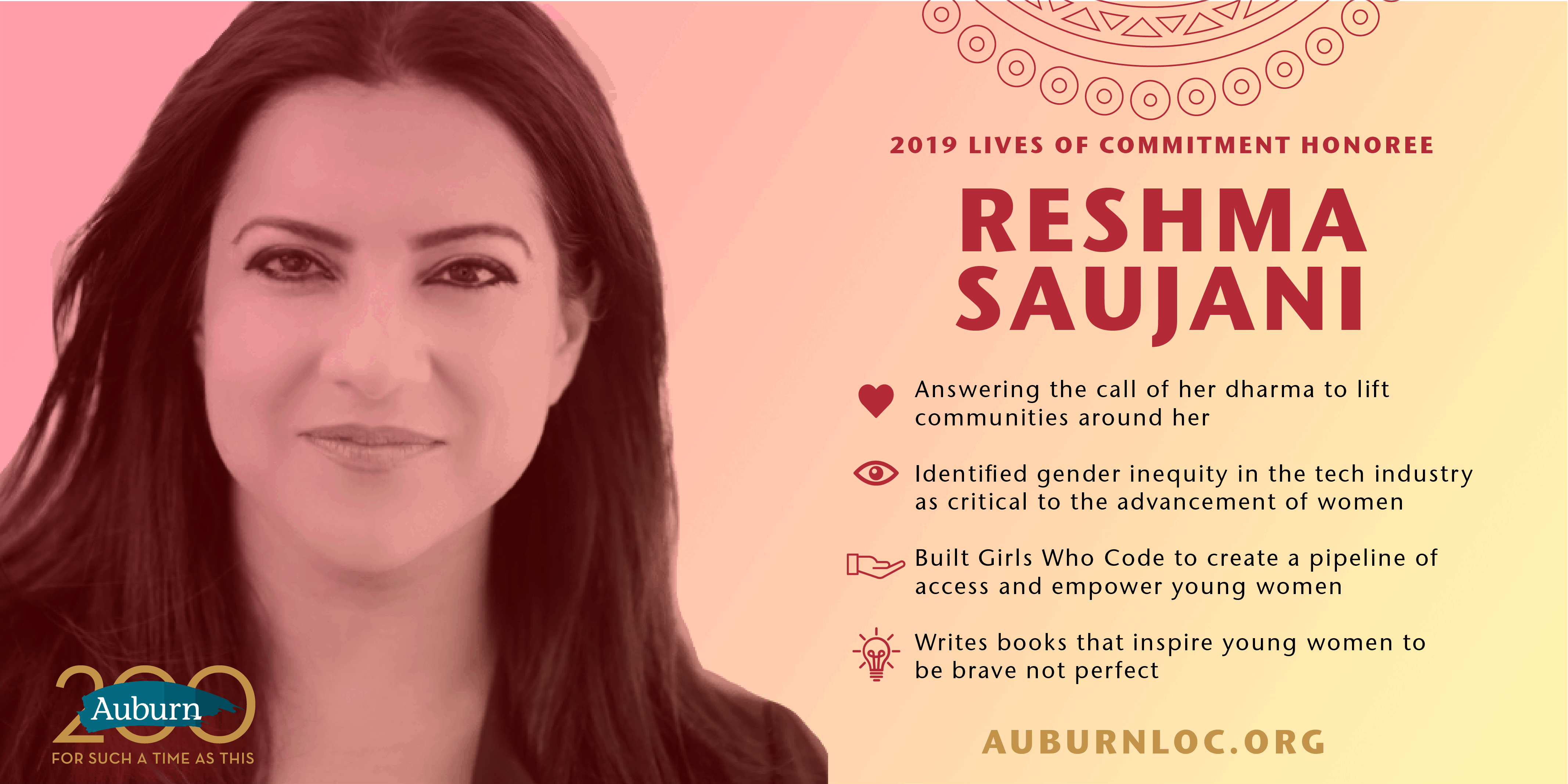 Learn more about the 2019 Auburn Lives of Commitment Benefit Breakfast and Awards at auburnloc.org 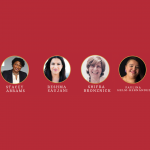 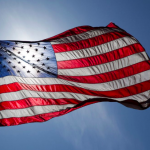 The Faith List: 2020 Democratic Presidential Candidates And Their ReligionVoices