I’m writing this statement to make sure that people are able to read in my own words what has happened to me over the last three weeks so that the events of my leaving Bethany United Church of Christ might be understood from my perspective.

It began when MTV invited me to speak out at the Video Music Awards in Los Angeles as a descendent of Robert E. Lee who is committed to speaking out against white supremacy and the hatred that had permeated our country.   The event was in the immediate aftermath of the gathering of White Supremacist in Charlottesville who were rallying around a statue of my ancestor Robert E. Lee. I strongly support the removal of these monuments to the Confederacy and feel it is my duty as a descendent to speak out against White Supremacy.

At the MTV awards I spoke these words:

“My name is Robert Lee IV, I’m a descendant of Robert E. Lee, the Civil War general whose statue was at the center of violence in Charlottesville. We have made my ancestor an idol of white supremacy, racism, and hate. As a pastor, it is my moral duty to speak out against racism, America’s original sin.

Today, I call on all of us with privilege and power to answer God’s call to confront racism and white supremacy head-on. We can find inspiration in the Black Lives Matter movement, the women who marched in the Women’s March in January, and, especially, Heather Heyer, who died fighting for her beliefs in Charlottesville.”

It was my deep honor to introduce and stand side-by-side Susan Bro whose daughter Heather died tragically in Charlottesville.

My presence at the church as a descendent of Robert E. Lee and an outspoken opponent of White Supremacy had already attracted attention, but with my appearance on MTV the media’s focus on my church reached an all time high. A faction of church members were concerned about my speech and that I lifted up Black Lives Matter movement, the Women’ s March, and Heather Heyer as examples of racial justice work.

I want to stress that there were many in the congregation who supported my right to free speech, yet were uncomfortable with the attention the church was receiving. The church’s reaction was deeply hurtful to me.

I want it to be clear that I feel a deep love for this congregation, and gratitude that they were willing to hire me as my first church out of seminary. I believe with all my heart that God did good work in my life there. That being said, when the church wanted to vote on my tenure, I tendered my resignation in which I told the congregation:

“I regret that speaking out has caused concern and pain to my church. For this is I offer my heartfelt apology. I understand that my views could be considered to be controversial. I never sought this sort of attention. But, I do believe in God’s role in calling out for positive social change for the good of all.

We are all called by God to speak out against hate and evil in all its many forms. There are so many good things going on with this congregation and I do not want my fight to detract from the mission. If the recent media attention causes concern with my church, I reluctantly offer my resignation.”

Most importantly I do not want this episode to be a distraction from the sacred work of confronting white supremacy in all its forms. My calling and my vocation has led me to speak out against violence and oppression in any form, and I want to especially challenge white Christians in America to take seriously the deadly legacy of slavery in our country and commit ourselves to follow Jesus into a time of deep reflection, repentance and reconciliation.

I am looking forward with great hope to what God’s unfolding future and what God has in store for me and ask for all of your prayers and blessings for the future of my ministry.

Reverend Robert Wright Lee IV is an ordained minister and a graduate of Duke Divinity School.

“I call on all of us with privilege and power to confront racism and white supremacy head-on” – Robert Lee IV #VMAs pic.twitter.com/ko4SM9VnaU 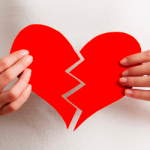 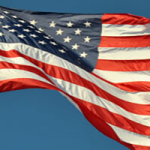