“The term “sanctuary” most recently refers to local policies that limit when and if local law enforcement communicates with, or submits to, (often unconstitutional) requests from federal immigration agents. But in a country where over-policing results in 1 in 3 people being arrested at least once by the age of 23, during a time when evolving technology places fingerprint scanners in the palm of every law enforcement officers’ hand, and as we anticipate the growth in federal agents active in our cities, sanctuary in practice, and as a movement, must evolve.” -Tania Unzueta

I recently spent some time in Amado, Arizona, close to the border with a group of faith leaders seeking to collectively deepen their organizing work in the Trump era. Among them, were the current and former ministers of the Southside Presbyterian Church: John Fife and Alison Harrington. Both white, decades apart, joking to me that what they have in common is that they both wear heels: him in cowboy boots and her in pumps. If you met them on the street you might not know that what connects them is their deep history and current work in the Sanctuary Movement. Both are well-known for their principled risk-taking and depth of commitment to living their faith through a tactic that supports undocumented individuals being harbored in homes of worship to delay (or stop) their deportation. John, in particular, is looked up to by whole generations of younger white progressives seeking to live courageous lives of purpose.

As we sat together in the Unitarian Universalist congregation of Amado, what touched me most was the honesty with which they grappled with this moment. Here we were sitting in a red state, historically run by some of the cruelest white men in this country, a few miles from a border that has been a site of torture and humiliation for hundreds of thousands of people of color. The question before us was (and is):

“What does Sanctuary mean now? Under Trump?”

They had no easy answers because there are none.

Fast forward to a few weeks later in Philadelphia, where I had the privilege to learn from a convening of leaders directly from undocumented communities, Black communities, Muslim communities, and Trans and LGB communities about what Sanctuary means to them now. During a march to city hall, we made a stop at the Arch St. United Methodist Church where Javier Flores is in sanctuary.

As the crowd cheered for him from the street, he remarked to some of my colleagues, how he missed seeing the sun and being able to go outside. I felt a strong mix of emotions as we stood on the street, and he greeted us from the threshold of the church’s open door, knowing he could not come outside. In his case, there are local organizations that are supporting him and his family, and his sanctuary is a tactic, part of a larger struggle around his case, rather than a final organizing solution.

For Javier Flores, his sanctuary at Arch St. is vital. Hundreds of congregations are positioning themselves to offer this kind of immediate physical sanctuary to people like Javier: some for the first time, some for the seventeenth time. But, the truth is we do not know if Trump and his machine will continue to keep ICE out of our sacred sites and congregations. If we do not expand our approach to sanctuary and Trump elects not to treat our sacred sites as sensitive locations, the first time ICE breaks down a church door could be a huge blow not only to the tactic, but also to the hundreds of congregations learning about the tactic and practicing it for the first time this year.

So how can we grapple with the questions of how to define sanctuary now? How can we support, protect and defend communities today as we participate in these broader questions of expanded sanctuary? These questions bring me to my own work. Many of the communities I am working with are white folks of different faith traditions. I do this particular work in this time because I believe that there is a way for white folks to play roles of use in what Joanna Macy calls this moment of ‘the great turning’.

But, I also believe those roles will be defined by undergoing profound spiritual transformation that impacts our actions, not just our thoughts. As soon as it became clear that Trump would be president, I was heartened by how many white, well-resourced faith communities who had not engaged in sanctuary before were clamoring to engage the tactic. To me, it signified a willingness (on their part) to take new risks, and their hunger to not sit by as Trump made ‘america great again’ through deportations, murder, and the spreading of anguish.

I began searching for ways to help these faith communities hear from those targeted; those to whom they want to provide sanctuary. Because what I was hearing was a greatly varied response to the idea of congregation-based sanctuary: some called it ‘a cage outside a detention center’, while others said they would be more than willing to stay in a church for four years, if it meant they could still be in the same town as their kids.

I said above that there are no easy answers. But, some things we know for sure.

First, for those of us without a Trump target on our back: if we want to provide sanctuary for a group of people, we have to listen to what they actually need and want. We have to get stronger, and remain flexible. Second, the broad fight in this time is an entrenched one: to protect all we know as sacred. This will take commitment, endurance and much more than any one tactic or campaign. There will be no silver bullet or single answer here. The climate differs all over the country in pockets, but many organizers who have won successes in red states have important lessons and expertise about what it takes to create different forms of local sanctuary in terms of policy change, culture change, community change, and spiritual change.

We can understand sanctuary as a frame for our political, spiritual, and cultural work in the times ahead.

Sanctuary means we sanctify ourselves for the struggle ahead, finding (despite all odds) an inner place of hope, action and humility: drawing on inner strength to connect and build with the people around us to defy not only the evil of the policies upon us, but the culture of bleakness, cruelty and cynicism that they impart.

Sanctuary means that we organize for local policy solutions that (like those that Tania Unzueta and others write about) protect, defend, and create local sanctuary for all the communities ‘othered’ in this moment. These communities literally need sanctuary — to come in from the cold and violence — of this moment. It is not the moment for ‘low hanging fruit’ demands; it is a moment for aspirational demands that breathe new hope into organizing. The success of the women’s March stems partially from its ability to call people together around more than one issue and more than one constituency.  A faith-based movement looking to create sanctuary must do the same.

Finally, we need sanctuary as community defense zones or networks: building bases of people in communities willing to take risks to harbor and protect individuals. Of course, part of this can be a tactic of using the four walls of brick and mortar faith communities.

At the end of the day, those of us who are people driven by our spiritual imperative know that we have to get serious about carrying out this work with integrity and clarity because it is not only the beloved members of our communities that need sanctuary, but our sense of possibility and hope need sanctuary as well. 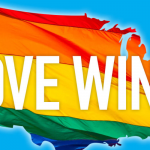 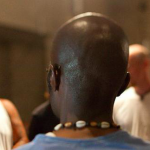 5 Life-Changers from SXSW and 1 From SundanceVoices