Sharon Prince understands the common ground that joins all humanity. But she also saw first-hand the lack of parity when growing up.

The President of Grace Farms Foundation in New Canaan, Connecticut, says she experienced the many faces of America living in 10 different states with parents who came from both immigrant and early American settler backgrounds. By the age of 15, she had dedicated her life to serving others with an openness and faith that God would be with her.

For this reason, she makes sure that what matters most to her is in alignment with what God values. “For me, life is full when you live this commitment out in your daily thoughts, words and actions. I am committed to creating a loving family unit first; then contributing to a more equitable, peaceful world as life unfolds,” she says.

Grace Farms, a new paradigm for social good, emerged from a simple but profound idea:

“To think that space could communicate essential human values, to draw a diverse community together by creating a platform to advance good in the world – this was the inspiration behind Grace Farms.”

Grace Farms sits on 80 acres of preserved land made publicly accessible and free to all, including a building designed by the Japanese firm SANAA.  The land and buildings inspire people to experience nature, encounter the arts, foster community, pursue justice, and explore faith.

At Grace Farms, Prince and her colleagues have created what they call a “type B” experience for our “type A” world that gives people the opportunity to pause or engage in multifaceted programs.

Prince has manifested resilience not just in her work, but also personally from putting herself through college and then business school when the funds were not there, in addition to recovering from brain surgery when her children were young.

She believes clearing each hurdle has affirmed God’s reliability, and is grateful to have crossed paths with people with sharp minds and soft hearts who have helped her to make courageous and complex decisions.

One such issue dear to her heart and the Foundation is the pursuit of ending modern day slavery, whether it be close to home or far away in places like Nepal where she acts as a board member of Next Generation Nepal — an NGO fighting to end child trafficking. She says:

“In May, Connecticut Public Act No. 16-71, which was drafted at Grace Farms Foundation’s Justice Initiative launch, was signed into law and is now one of the most comprehensive state laws to combat human trafficking in our nation.”

“Gender-based violence around the globe and in our own communities is an unacceptable reality.   Grace Farms Foundation’s programs in the area of labor and sex trafficking are addressing the most heinous examples.  But the problem comes in so many other forms, many of which are implicit – starting with something as small and insidious as referring to a group of people as “guys”. We have a lot of work to do, and I chip away at it every day.”

Through this herculean vision, Prince gets inspiration and encouragement from her faith:

“The Lord will guide you always;

he will satisfy your needs in a sun-scorched land

and will strengthen your frame. 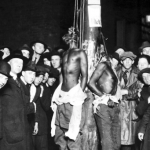 How And Why the Crucifixion Is Still Happening TodayVoices 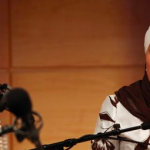 Dr. Debbie Almontaser: “When They Build Walls, We Build Bridges”Voices