A diverse group of faith leaders joined Senator Warren, Senator Sanders and Senator Booker at a Press Conference in Washington, D.C.   The purpose of the gathering was to express concern about the danger Judge Brett Kavanaugh’s Supreme Court nomination poses to the rights of historically marginalized communities.

The following are statements offered by faith leaders at this moral moment in our nation’s history, introduced by Bishop William Barber II, leader of Repairers of the Breach and Auburn Senior Fellow who reminded the viewers:  “The price is too high for us to be silent and surrender to a lifetime Supreme Court appointment that could regress the state of moral jurisprudence in America for the next forty years.”

Below are statements from some of America’s leading moral voices:

Rev. Dr. Katharine R. Henderson is the president of Auburn Seminary, a 200 year-old leadership development and research institute that equips leaders of faith and moral courage. She is an ordained minister, an author, organizer, and leader in the multifaith movement for justice; bringing together unlikely partners to address today’s seemingly intractable challenges, strengthen communities, and inspire hope. AuburnSeminary.org

“The Supreme Court is where the moral heart of America is codified into law. I come today with grave concerns about the nomination of Judge Kavanaugh who in his decisions has privileged the wealthy and powerful over workers and ordinary citizens.

Already our systems prioritize profits over people, already we are seeing the negative effects of citizens united where corporations are granted the same rights as people.

I am sure that Judge Kavanaugh, as a practicing Catholic, knows that people, not corporations are made in God’s image, including the most vulnerable among us whom Jesus especially loved.

Senators must be satisfied that nominee Kavanaugh would not advance the dominion of the powerful and wealthy but rather make wise decisions that are equitable for all.

Americans are demanding we turn the tables on the way money exerts power and influence in our political temple. Senators must ask Judge Kavanaugh how he will reflect our constitution’s core value that ensures all Americans have equal voice and vote.

The question Judge Kavanaugh must answer is this: as a Supreme Court justice how would your decisions ensure that the rich and powerful do not count more than the rest of us? How would your presence on the court fulfill the mandate of being a just America?”

Lisa Sharon Harper is the president and founder of Freedom Road, LLC and leader of the #CalltoPause / #PledgetoPause campaign. Ms. Harper is an Auburn Senior Fellow and the author of several books, including the critically acclaimed The Very Good Gospel.

“Thirty-five years after the launch of the Culture Wars and on the brink of its possible win, I represent 35 national Evangelical clergy and top faith-leaders who have issued a #CalltoPause the Culture Wars. Here’s why:

First, the strategy of The Culture War, to shift the balance of the Supreme Court to overturn Roe v. Wade, won’t actually accomplish its stated goal—to end abortion in the U.S. Rather, that strategy would send the decision back to the states. But, states with the highest abortion rates are unlikely to outlaw abortion. As a result, the majority of abortions in the U.S. will continue. We need a strategy that works. We know what works: Decrease poverty and you will decrease abortion. The US Conference of Catholic Bishops 2014 report on Abortion and Poverty found that abortion rates are falling nationally but going up drastically among poor women, because poverty is the key driver of abortion.

Second, past is prologue. Majority conservative rulings have consistently hurt people of color. A majority Conservative Supreme Court, with life-time appointments, would have two to three generations to dismantle civil rights and protections by chipping away at Brown v. the Board of Education and weakening every legislative act that rests on that ruling. Restricted rights lead to increased poverty. Increased poverty leads to more abortions.

We will not stand idly by! The Culture War’s 35-year-old, ideologically driven strategy will not end abortions, but it will put the lives of our brothers and sisters of color in the pews right next to us at peril. Evangelicals across the country are Pledging to Pause the Culture Wars. We are fasting for discernment, listening to the pleas of people of color, and demanding the Senate only confirm a truly moderate, independent justice who will protect Brown v. Board of Education and all Civil Rights and Voting Rights legislation that rests on that ruling.”

Rev. Dr. Noel Castellanos is CEO & President, Christian Community Development Association. Dr. Castellanos has worked in full-time ministry in Latino, urban communities since 1982. He is an Auburn Senior Fellow and author of Where the Cross Meets the Street: What Happens to the Neighborhood When God is at the Center. He and his wife of 30 years, Marianne, make their home in the barrio of La Villita in Chicago.

“I am here today as a Latino evangelical pastor that has lived alongside Mexican descent immigrants for most of my life. I must speak out today, demanding that the Senate NOT ignore the life and death concerns of over 60 million legal Latino residents and US citizens in our nation.

NOT to ignore the trauma felt by over 1 million dreamers and DACA recipients living in fear of being separated from their parents and loved ones by detention or deportation. I’m here today, because as an ‘evangelico’ I value all human life created in the image of ‘Santo Dios’.

I fear that the Latino women and children in our churches and barrios will suffer for generations to come if we do not question nominee Kavanaugh’s commitment to protect our community’s constitutional rights, and not only the rights of the rich and powerful. We must be certain that his commitment to uphold the constitutional gains we have made as Latino immigrants will not be eliminated or jeopardized.

As a nation of immigrants, delaying the confirmation of our next SCOTUS justice until after the mid-term election is the right thing to do. Right for our nation, and for Latinos. It is especially right and necessary for DACA students, asylum seeking mothers and their children and the for the 11 million undocumented men & women wanting to come out of the shadows our nation’s broken immigration system.”

“As Catholics, our moral framework teaches us, that those who would defend the right to life of the weakest among us must be equally visible in support of the quality of life of the powerless among us.  We recognize the image of God in the impoverished, marginalized person; the unprotected worker; the migrant at the border; and the victim of gun violence.

Case after case, Judge Kavanaugh sides with the rich and powerful over the most vulnerable members of our society, the employer over the worker and the predator over the environment.

I urge our Senators to delve deeply into this pattern.  Clarify with Mr. Kavanaugh his appreciation of the constitutional mandate to our government to provide for the common good, the 100%, which includes the impoverished person and the worker.

I would urge you to explore the belief system that caused him to repeatedly diminish protections for unionized workers and our environment?

Prior to allowing entrance to our country, we spend years vetting an innocent, terrorized refugee who just wants to escape certain death.  I urge Senators to spend sufficient time to vet Judge Kavanaugh’s history and prior decisions before allowing him to make decisions on our highest court.”

Rabbi Joanna Samuels is Executive Director of Educational Alliance’s Manny Cantor Center, a settlement house and community hub on the Lower East Side of Manhattan that is devoted to civic connectedness and social change.

“I am proud to lead a community of immigrants who have come to this country to build better futures — for themselves and for our nation. My community members — who hail from the four corners of this earth — — come to Manny Cantor Center to take classes in Citizenship, to learn English, and to register to vote.

They believe in our country.

They value our democracy.

Just like my great-grandparents did when they, too, came to this country.

And — perhaps — just like you or your ancestors did, too.

When one of our community members registers to vote, we celebrate.  It is a sacred ritual and we are right there next to them to say AMEN.

Senators: as you evaluate this nominee for our country’s highest court, I ask you —

Are you prepared to ensure that the right to vote remains a right?

Are you prepared to honor the efforts and dreams of the American people?

Are you prepared to build more democracy, and not less?

I ask you.  My community and I — we await your answer.

“As a minister of the Gospel in the state of Kentucky, I must ask what does the Lord require, Senate Majority Leader? What does the Lord and the people expect you to do? 1: Do justly, that means for all the people. Be fair in your decision-making. Will God be glorified or horrified? 2: Love mercy. As God has been merciful to you will you do the same for poor women? We demand answers, Senator McConnell, to this rushed, politicized process and to your mandate to the people of Kentucky and the nation.”

Rev. Dr. Otis Moss III, Senior Pastor of Trinity United Church of Christ in Chicago, IL is a native of Cleveland, OH, an honors graduate of Morehouse College, Yale Divinity School, and he has earned a Doctor of Ministry degree from Chicago Theological Seminary.  Dr. Moss is part of a new generation of ministers committed to preaching prophetically that the message of love and justice are inseparable companions, forming the foundation of the Gospel of Jesus Christ.

“America coming out of the confederate haze known as the Civil War passed an amendment to the constitution designed to correct a fallacy that hindered the development of our democracy. This fallacy was the mythic notion that some people based on racial myths are the only human beings living within the boundaries of the republic worthy of citizenship.  The 14th amendment clearly states citizenship shall be granted to all persons born or naturalized within in the boundaries of the United States.

Judge Kavanaugh:  Do you believe all formally incarcerated citizens, who served their debt to society, are entitled to full citizenship? These rights include the right to vote and the right to live free from discrimination based on their former status as confined citizens.” 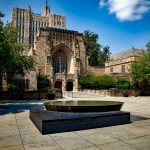 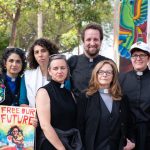