In the lead up to WWI, my great-grandfather saw how military and business leaders were collaborating to make the case for war against Germany. While, Walter Rauschenbusch had no love for the government of Germany at that time, he also recognized that the struggle was essentially a contest between expansionist colonial powers and saw no ‘just’ side of the war, just bloody battles whose fodder were the lives of the poor on all sides, with a few industrialists and arms dealers getting very rich.

So, he spoke out.  Along with a few other progressive figures, most notably, Senator Bob LaFollette, Rauschenbusch condemned the war and joined the newly formed Fellowship of Reconciliation.  The response was swift. The son of a German Immigrant, Rauschenbusch was labeled as a traitor to his country, his cottage in Canada was repeatedly vandalized and he and his family were threatened because he dared to raise questions about the policy and direction of the country in which he was born, that he had devoted his ministry and life to, the country that he loved.

I’m thinking of Walter as I consider four members of Congress – Reps. Alexandria Ocasio-Cortez, Ayanna Pressley, Ilhan Omar and Rashida Tlaib – who were told by the President of the United States, who ironically is the son of an immigrant, that they should go back to where they came from, when all of them are Americans, and elected officials representing thousands of constituents.

While there is no written record of my great-grandfather being exactly told to “go back to Germany,” I’m sure it must have happened.

While there is no written record of my great-grandfather being exactly told to “go back to Germany,” I’m sure it must have happened. He was gravely hurt by the widespread rejection, and he died just two years later at the young age of 57.  I’m thinking of Walter today, and other members of my family who immigrated to this country, many of whom came as refugees escaping hostilities in Europe. I’m thinking of them, as I consider how poisonous and hurtful it is to be told to ‘go back’ when you are home and the crisis that such a phrase represents in our present national context and how it serves to diminish our civic life together.

Go where you came from’ is a suppression of public disagreement and debate, and it is a fundamental threat to the well-being of our country.

It is no accident that Trump is tweeting this abuse at the four women of color at the same time we are seeing a moral crisis at how immigrants are being treated at our borders. By telling those who disagree with him to ‘go back to where you came from’ he is attempting to create new borders and divisions within our country not based on geography but by ideology and politics as well as religion and ethnicity.  In this new border battle you are either in or out of what he has defined as ‘real America,’ which apparently means white, conservative and Christian. The ‘go back’ rhetoric creates ideological barbed wire, guarded by militias eager to send you back themselves if you don’t go willingly.

We need to tear down these ideological, racial and religious borders and speak with one voice to everyone insisting that, yes, you belong – we all belong.  We don’t want you to go anywhere you don’t want to go. We want to be your neighbor, we want to work side by side – even when we disagree – we want to struggle together to create a just and shared vision.

We need to tear down these ideological, racial and religious borders and speak with one voice to everyone insisting that, yes, you belong – we all belong.

My great-grandfather was right about WWI.  It was a terrible, nonsensical war in which millions died and it set the stage for the rise of Hitler and the atrocities of the Holocaust and WWII.  Silencing people with a ‘Go Back’ who are speaking out from their moral conviction only makes us weaker as a nation. We all are needed to create our future together in which our borders are permeable and in which every single person knows that they belong. 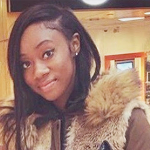 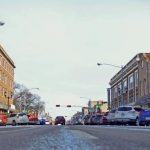 What New Immigrants In the Heartland Say About America And Being Told To ‘Go Back’Featured, Voices