Religious liberty is under attack in America under Donald Trump.  In his first week in office, President Donald Trump has threatened the fundamental principles and inspiration behind the First Amendment right to freedom of religion.

America is intended to be agnostic about faith.  It does not promote one religion as predominant, and — most importantly — is committed to the principle that each person who wishes to practice their religion be free to do so. This goes for people who practice any religion, and no religion.

This important building block is being bulldozed by the current president.  In his first few days, he has determined that the rights to determine what is sacred are the federal government’s to decide.

Religious freedom means that religious communities like the Standing Rock Sioux have a right to say what desecration is, and to resist it in their own territory.  Obama wisely acknowledged this right and put a stop to the pipeline. Trump has ignored the religious liberty of the Sioux, the safety of their water, and has given preference to the business interests that are driving this infringement of religious liberty.

The second abandonment of religious liberty comes in the form of an immigration ban targeting countries with predominantly Muslim populations, coupled with potentially giving preferential treatment to Christians from said countries.

Putting a religious litmus test on immigration is a clear sign of discrimination, and has unfortunate echoes of fears that guided past discrimination against other religious communities such Catholics, and, disastrously, Jews in the years before Nazi Germany. Determining immigration based on religion is un-American. Period.  It is not what the original founders of our nation intended, it runs counter to the vision of an inclusive and vibrant America and has deadly consequences for those left on the outside.

The third religious liberty issue concerns the gag rule reinstated by Trump at the beginning of the week.

The gag rule  prohibits giving U.S. funding to nongovernmental organizations that offer or even advise on a wide range of family planning and reproductive health options if they include abortion ― even if U.S. dollars are not specifically used for abortion-related services.

The choice by a woman to use contraception, get an abortion, or make any decisions about her own body is a deeply personal one. It involves a matter of conscience at the heart of personal religious liberty.

And, in one more affront to religious liberty, Trump has announced the building of his notorious wall on the border with Mexico. Part of what he is promising is to target “sanctuary cities” that have pledged to be safe places for immigrants to live free of harassment.  Every indication of this administration’s disregard for religious liberty, makes me certain that sanctuary congregations, houses of worship that protect immigrants out of religious convictions, are next.

All Americans must rise up and resist in order to protect our democracy and our fundamental freedoms, including religious.

Rev. Paul Brandeis Raushenbush is Senior Vice President at Auburn Seminary and the Editor at Voices 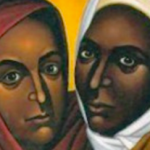 Shifrah and Puah: Reflecting On Righteous Women On The Way To The MarchVoices 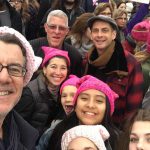 The Women’s March, ACT UP, and the Life-Saving Power Of Creative ResistanceVoices