Dear President Trump: Here’s what new immigrants in the heartland say about loving America and being told to “go back” to their country.

To hear it from conservatives, they have the corner on loving America. But what we found in the heartland was the kind of concern that only the truly committed know. In Omaha and Columbus, Nebraska, immigrant Americans are feeling protective — not only of their rights to coexist or to access equal economic benefits — but of a vision for this country they fear is faltering. “We are Americans. And we weren’t just born here, we chose to come here because of this nation’s values, freedom, and opportunity for a better life.”  Like the vast majority of American’s polled in PRRI’s survey on Pluralism and Democracy (Feb 2019), immigrant Nebraskans believe strongly in America’s institutions and laws, but they do so from the particular vantage point of having specifically chosen them. For these immigrant groups, Donald Trump’s attack on freshman members of congress as unpatriotic, saying they should “go back” to their countries, is an altogether too-common sentiment.

In Nebraska, immigrant Americans are feeling protective of a vision for this country they fear is faltering.

“We come here for freedom. But we are not safe anymore. It is because our leaders provoke (violence).” For Black communities struggling with economic disenfranchisement, disproportionate incarceration, and often brutal policing practices, Trump’s anemic definition of patriotism prohibits the precise public conversations necessary for preserving America’s commitment to egalitarianism. For Muslim and Latinx immigrant communities, this administration’s toxification and militarization of the border does horrifying damage — not only to the families it rips apart– but to the very social contract that holds America itself together. No one sees this more clearly than the Americans who directly depend on America’s values for welcome and inclusion. When we fall short of our ideological commitments, and we often will, it is marginalized communities who feel it first.

“We care for this country, and we appreciate what it stands for, so when we speak in criticism, we have this country’s best interest at heart.”

It heartbreaking to hear these hard-working citizens describe, on the one hand, their deep commitment to their communities, jobs, neighborhoods, and families, and at the same time hear them acknowledge the truth that this very belonging and investment is being loudly challenged, and from the highest levels of power in the nation. In fact, as one Muslim man put it, caring for this country with a deep sense of patriotism and commitment entails critique: “We care for this country, and we appreciate what it stands for, so when we speak in criticism, we have this country’s best interest at heart.”  It was stunning to see their clarity and honesty in calling out the hypocrisy of a nation that would take their labor, taxes, and goodwill, and at the same time disregard their right to belong, to make a life that is good for themselves and their children. They protest, saying that in raising a critique of the nation, they are showing their love for American values: “When we speak, we speak because we care.”

We are calling for an America where love and critique are both patriotic, and where space and dignity is afforded to all who reside among us.

The harsh and hostile rhetoric is both traumatizing and exhausting to the communities we visited. And some of them, at least, are willing to push back. In the words of one impassioned new immigrant, “We are tired of trying to prove ourselves. I don’t apologize for who I am. We all need to speak up, because that is what is America is and that is what they are trying to stifle.” In giving witness to these fellow Americans’ views, we join them in calling for an America where love and critique are both patriotic, and where space and dignity is afforded to all who reside among us. Such love and critique of America is, from the perspective of these new immigrant voices from the heartland, perhaps the most profound way to show that they are true Americans.

Go Back To Where You Came From, Immigration, Islam, Multifaith, multifaith justice, Nebraska, PRRI
What New Immigrants In the Heartland Say About America And Being Told To ‘Go Back’2019-07-192022-01-20https://auburnseminary.org/wp-content/uploads/2017/02/auburnheaderlogoonlyx2.pngAuburn Seminaryhttps://auburnseminary.org/wp-content/uploads/2019/07/Screen-Shot-2019-07-19-at-7.42.35-AM.png200px200px
Recommended Posts
Donate Join Us
Contact Us Press Releases 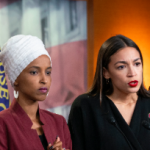 The Ideological Border Crisis Of ‘Go Back To Where You Came From’ Featured, Voices 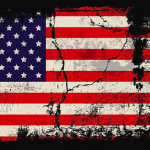 There’s No Vaccination for a Spiritual Disease. None of Us Is Immune.Featured, Voices