When Grandpa Found Out I Was Gay

One day, my mom received a phone call from her sister Karen who said, “Dad just called me to ask if Scotty was gay. I told him I didn’t know anything and that he’d have to talk to you.”

Mom called to ask what I thought we should do. I told her I’d take off work the next day and drive from Oklahoma City to Miami, Oklahoma to speak with my grandfather, whom I had named Pappoo as a child.

“I don’t want you to do this alone,” Mom responded. “I’ll take off work, too, and we can go together. If telling him doesn’t go well—and it might not—you won’t have to drive home alone, emotional.”

When we arrived at Pappoo’s house, he didn’t come outside to greet us like he usually did. Instead, we were greeted at the door by Sue, my step-grandmother.

“Do you want something to drink?” she asked. “How about a Dr. Pepper?” She escorted us into the family room that opened onto the kitchen. Pappoo was sitting on the faux red leather couch, watching a Western with the sound turned up loud because he was getting hard of hearing.

“Hi Dad,” Mom said as she walked over to him. He rose from the couch to hug her. “Sandra, Scotty.” He nodded in my direction. “How was your drive?”

Mom told him the drive was fine, with only a little traffic in Tulsa.

I walked over to him and said, “I’m here to talk with you.”

“I figured,” he said, clicking off the TV. We all just stood there a moment, Sue smiling, the rest of us stony faced. “Why don’t we go out to the sunroom,” he said to me.

Mom remained with Sue as Pappoo and I walked toward the sunroom. As we passed through the dining room, I noticed a Bible on the table. Pappoo picked it up and carried it with him.

Pappoo had built the sunroom himself, converting what had been an open-air deck. The windows were slightly open, allowing us to hear the songs of birds in the backyard. I could see that his garden was doing well. The green beans would be ready soon. Benches lined the walls, and in good weather the entire family could eat a meal out here. We sat down and he leaned forward, putting the Bible and his elbows on the table.

I got directly to the point. “I am gay,” I said. He grimaced slightly but didn’t say anything, so I went on and told him some of the basics of my story, of how I’d wrestled with coming out, finally finding the courage and integrity to do so.

He listened attentively and took great care before speaking. I was relieved that he didn’t get angry.

When he finally spoke, he was calm. “I don’t understand it,” he said in a gentle, caring tone. “The Bible is clear that homosexuality is a sin. And you are a minister. You have studied God’s word. I know you know what the Bible says. That bothers me.”

At this moment I didn’t want to get into a debate over the interpretation of the Bible. Discussing the proper translation of Greek words or the historical and cultural contexts and biases of the authors didn’t seem like the most helpful topics of conversation. But I needed to say something.

“Pappoo, what you’ve said is one perspective on the Bible, but it’s not the only one. Many Christian thinkers, including entire denominations, don’t think scripture condemns homosexuality. You know that I’ve studied all of this thoroughly.”

“Yes, I know that,” he gazed momentarily out the window before turning back to look at me. “I was always a little nervous of the things you studied in school. I didn’t like that you studied philosophy instead of continuing to study the Bible.”

I knew he’d had that concern. Yet I’d remained in the closet while I was studying philosophy. Only when I was working as a full-time minister had I found the confidence to come out.

He took a deep breath and looked as if he was contemplating what I said. “Scotty,” he called me by my childhood name as he leaned closer. “Sin infects all of us, even those determined to do right and be faithful.” His voice was not stern. He did not speak in anger. He seemed disappointed, but there was a hopeful sound in his tone.

I leaned closer too. “Pappoo, I don’t believe being gay is sin. In fact, I’ve experienced great freedom since I came out. The Spirit of God is with me and my work. My church is reaching people, helping them, changing their lives for the better.”

He glanced out the window again where some birds were feeding on the lawn. “Are there other gay people in your church?” he asked.

Glad the focus had shifted away from me, I nodded and told him that there were. “Our membership is mostly gays and lesbians. They are good, kind, caring people who are faithful Christians. They’ve been hurt by the churches they grew up in and have been struggling to reclaim their faith.”

He had no immediate response. He seemed to be watching the birds.

When he turned back to look at me, there was a new earnestness in his voice. “Scotty, I love you, but I can’t accept this. I think the Bible is clear. I think you have been tempted by sin and have fallen under its control. I pray for you to repent and find your way back to God.”

I hung my head as he continued.

“When you were a child, we all knew that God had so much in store for you. There was such promise, and we were all excited when you became a minister. I still think God wants to use you to do great things. You must overcome this sin.” He had placed his hand upon the Bible during this exhortation.

“Grandpa, God is using me,” I said, hoping my voice conveyed my conviction and joy. “What I’m doing right now is my calling. I have never felt closer to God or closer to my calling since I had the integrity to finally be honest about who I am, who God made me to be. I know you don’t understand that, but it is the truth.”

“I know that some men are more attracted to other men than they are to women,” he said. “I met men like that when I was in the military, and I’ve known others through the years. So, it is possible that you are that type of man.”

He opened his Bible to a bookmarked passage.

“I stayed up last night praying and reading the Bible, looking for answers that might help you. In 1 Corinthians 7, Paul writes about marriage and celibacy, and in the next chapter he talks about our bodies being the temple of God, that we have to dedicate our bodies to God and God’s will for us. For instance, we read in verse thirty-two, ‘I would like you to be free from concern. An unmarried man is concerned about the Lord’s affairs—how he can please the Lord.’”

He looked directly at me as he continued. “Scotty, it may be that you are the kind of man who is attracted to other men. If this is true, then you must surrender your attractions to God. You should be celibate, so that God can use you to do the work that God wants you to do.”

I realized then that this conversation had nowhere to go. He was hurt, and there was no way for me to assuage his pain. He was trying to be loving, to express the concern he felt for his grandson. But he was not hearing my story. His love was directed at his expectation of me, not the authentic me. My reality challenged the faith which had grounded and brought meaning to his life.

“Pappoo, I can’t do that. Celibacy is not what God has called me to. I’m not sure where our conversation can go at this point.”

Yes, I was hurt by his rejection. I grieved that he would not experience the joy I had discovered. I could only hope that over time his mind might slowly begin to change and that there would be further opportunities for dialogue. But that would wait for a later time. Before we could hurt each other anymore, this conversation must end.

As we walked back into the house, he placed the Bible back on the table.

Mom stood as we entered the den. She looked directly at me, and I gently shook my head. She turned toward Pappoo.

“Dad, I love my son,” she said, staring at Pappoo as her voice was breaking. I noticed she was clenching her right fist as she added, “He is the person God made him to be. Don’t hurt him.” Then she relaxed her control, hung her head, and let the tears flow.

Pappoo stepped over and embraced Mom. She relaxed into him. As she continued to weep, tears began to trickle from under his eyeglasses. I watched this moment, proud of my mother but aware that because of me, things in our family would never be the same.

E. Scott Jones is the Senior Minister of the First Central Congregational Church in Omaha, Nebraska. The story above is an excerpt from his book, Open: A Memoir of Faith, Family, & Sexuality in the Heartland. Available for preorder now. 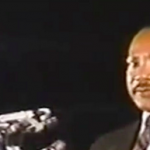 A Letter to Dr. King: Our Debt, Our PromiseVoices 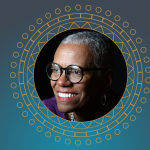 Andrea Taylor: A Truthteller on the Frontlines of Social ChangeVoices