A Letter to White Christians

Fifty four years ago this coming April, Dr. Martin Luther King wrote a letter from the Birmingham jail to white Christian leaders on issues of racial justice and the future of our nation. To honor this legacy, and take it up in our own day, Auburn Seminary partnered with leading ecumenical Christian voices from across the country to pen a letter to white Christians. The white Christian vote was crucial to the election of Donald J. Trump, who again and again has disparaged and disrespected people of color, women, and many others. People of color have publicly asked white Christians for an accounting of their majority support for a president who explicitly disregards their fundamental dignity.

The Dear White Christians letter is intended to be adopted or adapted, but most of all used as a catalyst for conversation in families, churches, and neighborhoods across the nation. We hope to spark a movement adopting the five action steps at the end of the letter moving white Christians to address questions of racial justice and public commitment to all who are vulnerable. We invite you to explore our resources, and to share with us resources you find important. Use the hashtag #DearWhiteChristians to share pictures and stories of how you are using the letter.

Dear friends, family, members of our churches and neighborhoods:

We are reaching out to you as white Christians. We would like to ask you for a few minutes of your attention. We believe America is in deep trouble and we believe that trouble has a lot to do with us.

Here’s the problem as we see it.

Many white American Christians are anxious. The world we grew up in seems to be disappearing. The rules seem to be changing. Some seem to be getting ahead, while others struggle. We worry about our children and grandchildren. Politicians make lots of promises and we hear lots of different opinions on radio, TV, and online. A lot of the time, we don’t know who to trust and what to believe.

Admittedly, many white Christians were troubled by Trump but more than 8 in 10 white Evangelical Protestants, and a strong majority of white Roman Catholics and Mainline Protestants voted for him anyway.

Unfortunately, those votes sent an unintended message, but the impact was very real nonetheless. The majority white Christian vote for Trump told non-white Christian brothers and sisters we didn’t hear them nor care about their dignity and safety. Hundreds of disparaging statements and actions directed towards them during and after the election left them feeling hurt and vulnerable. These came both directly from President-elect Trump, and his ardent followers.

Those votes for Trump have confirmed for many of our black, brown, and Asian Christian neighbors that white Christians are willing to support someone who perpetuates white supremacy; who believes that men have the right to insult and abuse women; who routinely bullies and insults his critics; who glorifies wealth and success. All in favor of our own personal interests. Which means that now, support for Donald Trump has made Christianity seem insincere and self-centered rather than the just and generous way of Jesus Christ attested to in Scripture.

Scripture is at the core of Christian life. That’s why we need to listen carefully to Scripture in this moment.

For example, in Matthew 25, Jesus taught his disciples that in so far as we care for the “least of these among you, you do so for me.” Our white Christian vote for Trump not only exposes a lack of love for our most vulnerable neighbors, it also calls into question our love for Jesus.

And in 1 Corinthians 12, St. Paul calls the church the “body of Christ.” He describes the way the various parts of the body depend on each other, so much so that “if one part suffers, every part suffers with it.” Our white Christian vote for Trump sends the message we do not need all the parts of the body. It confirms that white Christians are willing to sacrifice the suffering of others for our own security.

And in John 17, Galatians 3, and Ephesians 4, we are called to unity, whatever our race, gender, or background. This election exposes how deeply we are divided, by race and by politics.

Many of our Christian brothers and sisters of color are praying that we white Christians will stop, examine our conscience, face where we have failed God and our neighbors, and experience a true change of heart.

Those white Christians who voted for Trump enthusiastically need to confess that, in doing so, we chose to follow a leader whose public character and policies cannot be reconciled with the gospel of Jesus Christ. Following Trump and following Christ require two different roads that go to very different places. One destroys the dividing wall of hostility; one builds it up. One  proclaims good news to the poor and sets the oppressed free (Luke 4); the other proclaims good news to the wealthy and sets the oppressors free. For us to repent, we must turn away from division, fear, and hate, and we must turn toward those we have neglected, committing ourselves to see and lift up the God-given dignity of every human being.

Many white Christians were unhappy with Trump, but voted for him anyway because of his promise to pick Supreme Court justices with a strong pro-life position. We felt our conscience required us to side with Trump, in spite of our misgivings. But what about the other concerns of our conscience? Does conscience call us to care only for the unborn, or does it call us also to cherish and protect all life?  Is our conscience troubled by the way Donald Trump belittles and bullies many vulnerable people? How do we express a consistent ethic of life in relation to the dignity of people of color, immigrants, Muslims, LGBTQ people, and women? Have we convinced ourselves that “he’s just saying those things to get attention, he doesn’t really think them,” that we should “give him a chance”? What does our conscience say about aligning with a leader who openly advocates abuse and hate toward entire communities of Americans, contempt for democracy, and sympathy and admiration for dictatorial regimes?

Finally, even those of us who did not vote for Trump must examine our conscience. Do we see how complacent we have been about working for racial justice in our communities?  Have we faced the degree to which we benefit from political and social systems that are rigged for people like us and against everyone else? Have we done the inner work to face and turn away from of our own deep prejudices based on race, gender, racism, religion, and national origin? Have we acknowledged our arrogance and apathy, thinking that since we voted “the right way” we have no further responsibility to join Jesus in solidarity with those who are poor, marginalized, feared, and hated?

However you voted in November, we hope that you will join us in the following commitments.

First, let’s “do our homework” and learn about our nation’s history in relation to racism. Let’s learn the difference between conscious personal racism and systemic racial injustice. Let’s listen to the needs and experiences of people of color in the United States.

Second, let’s break out of “white self-segregation” once and for all. As Robert P. Jones explains, white people’s social networks are typically made up of over 90% white people, so we are isolated from and ignorant of the lived experience of people who we need to know and understand.

Third, when we enter into relationships with people who aren’t from our white Christian background, let’s not put the burden on them to educate us. Instead, let’s accept the responsibility of educating ourselves. We could start with resources like these voices to help us better understand the hopes, fears, desires, and thoughts of people of color living in the United States today.

Fourth, let’s have honest conversations in our families, neighborhoods, congregations, and other social circles who are white. Let’s not let them get away with racially unfair or hurtful statements. Let’s share what we’re learning from our friends of color and from our own reading and study. That way, more and more white people can learn the truth about racial injustice and how to be part of the solution instead of part of the problem. Let’s challenge other white people to refuse to move backward into our racially unjust past. Instead, let’s move forward together into the kind of future that God desires, where everyone is treated with respect and dignity, whatever their race, religion, gender, or national origin.

Finally, let’s prepare ourselves for action. Let’s stop hiding the ugly and racist dimensions of our past. Instead, we can tell the truth about it openly, with repentance and humility. Let’s get ready to protect vulnerable people who are threatened by hate and injustice. Let’s take to the streets in protest whenever necessary. If people are being harmed or threatened, we should have the courage to stand with them. As followers of Jesus, we are called to public witness to the gospel in all its fullness, even if we are reviled and persecuted. That’s how Jesus promised it would be for all who truly follow the way of the cross. 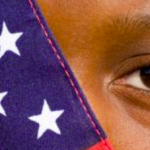 Must-Follow Voices on Race in AmericaVoices 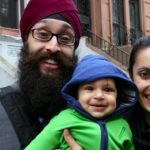