It felt like a point of connection. My friend Mardi, who is a black woman, commented on how Barbie had messed with her self-image. “When I was four years old, I chopped all the hair off of my Barbie dolls because I was angry that I had nappy hair rather than cornsilk hair,” she wrote to me in an email.

I immediately thought, “Me too!” I mean, not the hair part, but the anger as an adult at the standards of beauty that taught me how I was supposed to look. I thought back to the eating disorder I had developed in high school, the magazines with women with unattainable bodies and faces on their covers, the insecurity I feel even as a middle-aged adult when comparing myself to other women. Pretty much the same thing. Right?

Mardi didn’t reply to my comment immediately, which gave me some time to think about it.

My thoughts went to our daughter. Penny is twelve years old, and in many ways, she’s a typical twelve-year old. She resists getting out of bed in the morning. She races through her homework so she can watch Netflix. She giggles with her friends and spends long stretches every day stealing my phone so she can send texts about upcoming dances and sleepovers and shopping expeditions. But in some significant ways, Penny is different from her peers. Every cell of Penny’s body has three copies of the 21st chromosome. Penny has Down syndrome.

I appreciate the parallels between Penny’s life and the lives of her typically-developing peers. But there are also times when I recognize the difference she experiences as a result of having Down syndrome. Some of them are mundane—we have far more doctors’ appointments over the course of a year than most kids; it can be tricky for strangers to understand her speech.

But there are other situations that arise that really are different. Penny’s position as a child with Down syndrome, for instance, makes her far more vulnerable to sexual abuse than the general population. She’s far more likely to be lonely and experience depression and anxiety as an adult due to lack of friendship. Statistically speaking, she will have a hard time finding a job, living independently, and getting married.

So when I mention to a friend how I’m anxious about how middle school will go for Penny, and my friend responds with her own anxiety about her own child, I am not sure we are talking about the same situation. Yes, both of our daughters could get hurt by their peers. And yes, both of them might be left out. But there’s a difference at work as well, a difference in degree, if not in kind.

Making the point that Penny is just as much a kid as any other kid in middle school is helpful. Pretending that her challenges are the same is another way of ignoring or denying who she is and the pain that arises when growing up in a world that is inclined to reject her.

And maybe that’s the real danger of false equivalence—that in saying (and believing) that my white experience of Barbie is the same as Mardi’s black experience, I am denying the history and contemporary reality of disdain for and prejudice against black bodies and black beauty. When my friends pretend (and believe) that Penny’s experience is really the same as their own daughters’, they are perpetuating a notion that we live in a culture that doesn’t discriminate against people with intellectual disabilities, where we all face the same struggles.

If there is anything I have learned from having a child with an intellectual disability in my life, it is that we share a deep and profound common humanity in both our human frailty and our human giftedness. But to pretend that our social situation is the same disregards the daily barriers she encounters.

Being black and having Down syndrome are not the same thing, but I had a window into Mardi’s experience when I thought about my experience as Penny’s mom. I wrote another email after I’d spent some time thinking these things through, and I apologized for conflating my experience with white standards of beauty and her experience with them. She wrote back, “Yes, it’s a false equivalence, and you totally get it, based on what you wrote about Penny. But I wasn’t offended, I know that overall you’re working towards an understanding of black and brown humanity.”

I didn’t like Barbie as a kid. I absorbed negative messages about my body from the white models I saw on the covers of magazines. But my social experience of growing up in a white body does not compare to my friend’s experience of growing up in America with a black one. Honoring her humanity requires me to see the differences, to recognize the painful gap between our lives, and to listen without trying to take away the pain when she is willing to entrust it to me.

Amy Julia Becker is the author of White Picket Fences: Turning toward Love in a World Divided by Privilege. 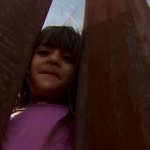 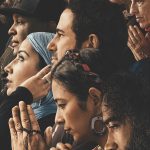 Will You Show Up With Auburn?Voices