A film by Andrew Jacobs

Four Seasons Lodge is a counterintuitive and spiritually uplifting film about 100 Polish, Russian and Hungarian Jews who survived the Holocaust and, in 1979, bought 44 acres of land in the Catskills. They created a refuge, a bungalow colony with communal buildings called Four Seasons Lodge. Members built a synagogue for Friday night services, dug out an Olympic-sized pool, paved two tennis courts and constructed a social hall. They cooked, swam, raised children, prayed together and safely swapped stories about the war years. Their inspirational dedication to living righteous and full lives was, as they saw it, the best revenge. As one member put it: “To live this long, to live this well, is a victory.” In 2005, Andrew Jacobs, a NY Times reporter, wrote about the lodge and realized that newspaper articles would not do justice to these remarkable people. Jacobs teamed up with Albert Maysles (Salesman, Grey Gardens), Kelly Sheehan and Matt Lavine to capture this remarkable living history before it is gone.

Four Seasons Lodge screened on PBS stations and at festivals from WatchDocs in Poland to the UK Jewish Film Festival, and at more than 50 community venues, museums and universities.

All donations for the production and distribution of Four Seasons Lodge are tax-deductible to the fullest extent of the law. 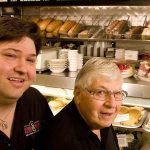 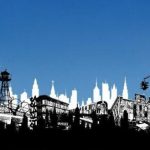