A film by Beth Earl

“Jerusalem Syndrome,” which affects about 100 individuals annually, is a most unique diagnosis. While in Jerusalem, subjects with so-called “Jerusalem Syndrome” begin to believe that they have messianic qualities or are the reincarnations of Biblical figures.

Dr. Pesach Lichtenberg, head of the psychiatric ward at the Herzog Hospital in Jerusalem, has proposed a new protocol for treatment of the syndrome. He recently received funding for a community house that will focus on holistic treatment for these inpatients, as opposed to hospitalization. Some of the staff at his center also have histories of psychotic episodes, lending a previously unseen level of empathy and understanding to Dr. Lichtenberg’s treatment protocols.

Filmmaker Beth Earl will focus on the histories of three patients and three staff members over the course of a year. The film aims to address the stigma of mental health by exposing the beauty of many beliefs held by the mentally ill, as well as the uncertainty of the beliefs of those considered clinically sane. By connecting the audience to these individuals, Earl hopes to provide a new and compassionate perspective towards those whom society is too often ready to ignore.

Playing God is in production.

All donations for the production and distribution of Playing God are tax-deductible to the fullest extent of the law. 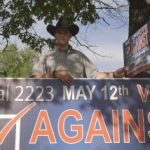 The Gospel of Eureka 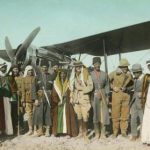