The Boston Declaration launched today at Old South Church in Boston, Massachusetts where nearly 10,000 religion scholars are meeting for the American Academy of Religion and Society of Biblical Literature.

The Boston Declaration was written by a diverse group of Christian pastors and theologians who are taking a page from the historic biblical prophets by donning sackcloth and ashes, traditional symbols of lament. According to the Rev. Dr. Christian Scharen, Auburn Vice President for Research,  the Boston Declaration challenges the corruption of Christianity in the United States and grieves Christians who today make excuses for racial hatred and sexual abuse rather than fighting oppression.

A Prophetic Appeal to Christians of the United States

As followers of Jesus, the Jewish prophet for justice whose life reminds us to, “Love your neighbor as yourself” (Mark 12:31) we hear the cries of women and men speaking out about sexual abuse at the hands of leaders in power and we are outraged. We are outraged by the current trends in Evangelicalism and other expressions of Christianity driven by white supremacy, often enacted through white privilege and the normalizing of oppression. Confessing racism as the United States’ original and ongoing sin, we commit ourselves to following Jesus on the road of costly discipleship to seek shalom justice for the least, the lost, and the left out. We declare that following Jesus today means fighting poverty, economic exploitation, racism, sexism, and all forms of oppression from the deepest wells of our faith.

This is a time of heightened racist and patriarchal empire where wealth is concentrated at the top. The Living God asks us to make a decision: “Today I offer you the choice of life and good, or death and evil. … Choose life.” (Deuteronomy 31).  Following Jesus today means choosing life, joining the Spirit-led struggle to fight the death-dealing powers of sin wherever they erupt. Whenever one of God’s children is being oppressed, we will fight with them for liberation with the power of the Holy and Life-Giving Spirit. And yet, we live in a moment when death and evil seem to reign supreme in the United States, when those with the power of a uniform or the president’s pen or a position of authority or fame or economic tricks of capitalization and interest or sheer brute force… again and again choose death rather than life. In a moment when too many who confess Christ advocate evil, we believe followers of the Jesus Way are called to renounce, denounce, and resist these death-dealing powers which organize and oppress our world, not to embrace or promulgate them.

We acknowledge the manifold and complicated ways we participate in these systems, even as we are often complicit in them. We confess that the Church, in a variety of forms, has too often failed to follow the way of Jesus and perform the good news. We are people who are still discovering the ways we participate with death and evil, even while we continue to seek the good, to choose life again and again. This declaration is such a choice, hoping and clinging to the God of life and seeking to bear witness to that life in our present moment. Acknowledging our own failures and embracing an appropriate sense of humility should not, however, silence us. While we do not have ready-made answers for all the problems we face, we know something about the pathway we must follow if we are to find those answers, and this is the pathway of Jesus.

Who is our God and What is the Jesus Way?

We believe in a God who holds all difference within God’s own life and in whom there is no one or no people who are distant from God’s justice, merciful love, and presence (Micah 6:8; Acts 10:34-35). We affirm the beauty and humanity of all people in their manifold difference–race, ethnicity, gender, sexuality, and religion–as reflecting God’s image through lives of love and hope. We believe the Jesus Way calls us to the possibility of living in a world where all can love and be loved, and live into joy.

The Jesus Way continues through our best, prayerful, honest, and empirical attempts to understand why and how the world has come to be in the shape it is today. This pathway calls us to act in ways that are Spirit-led and strategic in confronting evil wherever evil exists, to combat ignorance wherever ignorance has led people astray and to place our lives and our bodies on the line with whoever is being threatened, beat down, or oppressed in any way, anywhere.

As followers of Jesus who is our Sabbath, who preached and lived Shalom, and who offers the gift of jubilee to the world, we mourn the coarseness of our politics, the loss of compassion for those in need, the disrespect we routinely show each other, and the thoughtlessness with which we use and abuse our planet. We especially mourn the way in which the name of Jesus has been used to support and encourage actions and attitudes that demean others and threaten the community of creation.

We acknowledge and lament the realities we see around us: broken lives, broken homes, a broken social system that incarcerates more people than any other nation on earth. We lament a broken and corrupt police system, a broken economic system that prioritizes profits over people, a broken sense of national identity. We lament national boundaries that make our worries about security a pretext for destroying the lives of others, and a broken church that disrespects and marginalizes many people rather than honoring and embracing them. We rebuke the ideologies and idolatries that lie beneath the death we see in our midst and collectively hope to point to ways we might all choose life.

As followers of Jesus, it is vital that we take action when our government seeks to continuously harm life made in God’s image by cutting social safety-nets and forcing the poorest and most powerless among us to spiral into an abyss of desperation. Action on the part of the church is warranted at a time when women, people of color, and various ethnicities, individual religions, immigrants and distinct sexualities are targeted for slander and violence from the highest offices of government. We cannot sit idly by and allow the people and the earth to be accosted with series after series of unjust policies that allow the interest of corporate profits to expunge the future for coming generations of humans and other living species.

We reject the false ideology of empire building and the myth of racial laziness and substance abuse that harms the people of Puerto Rico, the Virgin Islands, the US territories.

We reject the false ideology that peace is achieved through military strength and that violence is the necessary foundation for freedom, safety, or security. We stand against the manufacturing and proliferation of weapons which continue to drown the planet in the blood of millions through global war and the terrorism of domestic mass shootings.

We reject the false ideology of the corporate ruling class that services and supports the US military, dispossess and represses poor communities of color, and which erodes and blocks real empowerment of the most vulnerable of peoples and of any real people’s democracy.

We reject the false ideology of American exceptionalism and the evil of political corruption, calling for integrity in our elected officials and multilateral governance. It is this myth by which moral responsibility is suspended in the pursuit of its interests.

We reject the patriarchal and misogynistic legacies that subject women to continual violence, violation, and exclusion. We stand strongly against sexual abuse and harassment in the highest offices of power.

We reject violations against the Earth, especially the stripping of her resources and polluting that harms her and the creatures that inhabit her soil and seas.

We reject economic policies that are grounded in an illusion of extreme individualism and favor the accumulation of wealth for a few to the detriment of the many.

We reject Islamophobia and anti-Muslim bigotry.

We reject homophobia and transphobia and all violence against the LGBTQ community.

We reject all anti-immigrant rhetoric and policies that fail to recognize the contributions of immigrants who have come from every corner of the world to strengthen the fabric of this nation—culturally, economically and spiritually.

Today, we as Christian followers of the Jesus Way, call on the people of the United States who call themselves by the name of Jesus, to reject all political and social movements that do not lead to life.

May we live in this world continually welcoming the stranger and “treating the foreigner with love, for we were once foreigners in Egypt” (Deut. 10:19).

May we bear witness to the hues of difference in God’s life – a God who is neither male nor female and who embraces all people regardless of their identity.

May we not fear the loss of power or certainty when confronted by our very real weakness. May we discover the gift of being creatures not as something to be overcome, but embraced, discovering the fullness of our humanity in the flourishing of all women.

May we embrace a future where the legacies of white supremacy are dismantled. We refuse to dehumanize any individual, reducing their identity to singular markers and possibilities. May we work toward a radical openness for every individual as we fight together for a better today and tomorrow.

May we build not to kill but to enliven. Let us garner all of our economic power to fight desperately for one another’s health, for full stomachs, for equal access to buildings and teachers where we might discover the fullness of our gifts and skills. May our power not be oriented toward empire but towards mutual community.

May we witness to a beloved community where we seek to be with one another as Jesus is with us. May love and mutuality be the marks of our lives together, our community building, our budgets, and our public policies.

May we work together to care for the community of creation, fighting against the influence of the pursuit of petrochemicals and all other earth diminishing, non-renewable and polluting practices that exploit Indigenous and poor peoples, poison our waters and contribute to the extinction of species. We speak for the earth herself and all her creatures, human and non-human, for the preservation of life over monetary gain.

May we stand in solidarity against anti-semitism and the use of any language and actions that threaten the lives of our Jewish sisters and brothers while standing with the plight for human rights with our Palestinian brothers and sisters.

May we stand in solidarity with our Muslim sisters and brothers and all immigrants, fighting against Islamophobia and xenophobia. We denounce any legislation that discriminates against people on the basis of their religion, race or ethnic identity.

We welcome and seek the wisdom of all people of all faiths and those who confess no faith, believing that God’s faithfulness breaks into the world in many ways and through many people. May we continue to stand with anyone who calls for justice, mercy, and love in this world.

Original Signatories of the Boston Declaration

Angela N. Parker, The Seattle School of Theology and Psychology

Kenneth A. Reynhout, United Theological Seminary of the Twin Cities 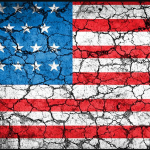 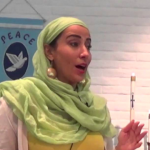 This Beautiful Conversation Between Dr. Najeeba Syeed and Dr. Simran Jeet Singh Gives Us Hope For The Future Of Religious ScholarshipScholar-Activism, Voices