Breaking Silence on Abortion and Faith

Women have abortions. It is estimated that 1 in 3 women in America will have an abortion in her lifetime. These numbers cut across race, class, marital status, and yes, religion. According to the Guttmacher Institute 17 percent of abortion patients in 2014 identified as mainline Protestant, 13 percent as evangelical Protestant and 24 percent as Catholic. This means that in our congregations (conservative and progressive) chances are good that you will have passed the peace, served on a committee, or greeted at social hour a woman who had an abortion.

Yet women rarely feel they can tell their abortion stories in their congregations. Even in progressive congregations it is rare that women’s actual experiences with abortion are discussed. Rather, silence or repudiation tend to be the order of the day and many women, as a consequence, are left without a faith community during and after such a significant and personal decision. This silence is not only bad for the women who have had or are considering having abortions but it is tragic for our faith traditions because it sends the message that the most personal decisions in our lives are not speakable in God’s house.

This silencing of women’s experiences promises to only get worse if the threats made by Donald Trump to restrict abortion access through a combination of legislative action, executive orders, and the appointment of an anti-choice Supreme Court judges materialize.

It is in times like these that we need the kind of moral courage shown by two prominent Baptist clergy who chose to go public about their abortions after a decade plus of silence.

At a time when her marriage was in trouble and her finances were stretched, Rev. Susan Chorley made the difficult decision to have an abortion while serving a congregation in Massachusetts. Now twelve years later, as a board member for the pro-voice group, Exhale, she has decided the time was right to come out about her decision in order to encourage a different kind of conversation about abortion in our faith communities. “I want communities of faith to be places that embrace each person’s full humanity” she writes in a powerful essay published in the Daily Beast. “Faith is so much more than judging right from wrong,” she continues, “faith is about how we make meaning in our lives, how we understand our God, and how we live our values.” Following the publication of this article, Chorley has been on a national sermon tour to help break the silence about abortion.

A couple weeks after Rev. Chorley’s piece came out, the senior pastor at Riverside Church, Rev. Amy Butler, responded to the third presidential debate, where Donald Trump characterized late term abortions as “ripping babies from their mothers’ wombs,” with her heartrending decision to have a late term abortion. Butler’s pregnancy was planned and anticipated with joy. Yet, during a gynecological visit she learned that her baby would likely die at birth and her own health was at risk if she continued with the pregnancy. She reflects on the painful decision to have an abortion in a moving piece published in USA Today. The piece struck a chord with many, many women.

Women wrote to her such things as: “I thought I would be kicked out of my church and cut off from my family if I told.” “I’ve never told anyone, but I had a child who died.” “I had to make a similar decision but I didn’t have anyone to talk to about it.” “I have felt ashamed for more than 30 years.”

Before Donald Trump was elected it was a frightening calculus to come out about having an abortion in our religious communities, particularly as a religious leaders. Post this election, the ability for us to talk openly and honestly in our faith communities about our intimate decisions is going to become even more frightening. Yet as Audre Lorde taught us, our silence will not protect us.

Thank God for clergy like Chorley and Butler who have chosen to open up much needed conversations that can bring all of us closer to each other and to God. If faith is going to be relevant in our lives, we must bring our full selves with our complex stories into our places of worship. By bravely telling their own experiences with abortion, these two Baptist pastors are opening the doors of faith to many who did not feel it could hold their stories. They have in the process made worship more relevant, more vital, and more real. Let us hope their bravery can be a counterbalance to the dehumanizing rhetoric we are hearing in the political landscape. 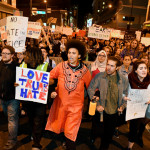 What do we do now? Join the front lines.Voices 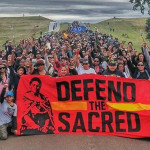 Standing Rock Water Protectors Are Fighting For Your FutureVoices