Deepening belonging and creating the world we long for

This year, Auburn convened three groups of Black, Latinx, and White leaders of faith and moral courage for a round of conversations about identity, pluralism, social fractures, and belonging.

Philosopher Joanna Macy writes about “The Great Turning” as a pending and much-needed ecological transformation away from unsustainable growth toward political, economic, and social balance.

We also called our project “The Great Turning,” as we looked back at the last half decade, the century, and the four centuries, and saw the scale of structural and community evolution needed to produce communities in which people of all backgrounds, ethnicities, economic classes, and spiritual traditions can flourish.

I recently talked with five of these leaders to dig into their work on this project and ask a few questions about what they’d learned. Watch the full recording of I Need You To Survive: Belonging in a Radically Divided World (90 min) or read an introduction to the conversation below:

Many thanks to the Henry Luce Foundation for supporting the first stage of this project and helping us to share our findings more widely.

Keisha E. McKenzie: Deep social fractures dissect this country’s politics, public life, and people, and there don’t seem to be many resources for leaders working to address those fractures. What questions about them and about race, religion, and the future of the United States did you bring into this project?

Lisa Anderson: When we started, the Rev. Jen Bailey and I were curious about what Black leaders of faith and moral courage were thinking right then about what it means to be free, what liberation means, what love and justice mean for Black communities in this moment.

We were really aware of the impact of the dual pandemics—reeling from the devastating impact of COVID-19 on Black communities and on top of that the racial uprising, the murders of George Floyd, Ahmaud Aubrey, Breonna Taylor. All of that was living in our bodies in a really intense way.

Black community life invites us to struggle with the questions of what it means to be liberated and free in a global context of anti-Blackness, and at the same time as we struggle, we understand ourselves as a people of hope and a people of spirit. So it was time for a temperature check.

João Chaves: Our questions were similar, but we dealt with a multi-lingual, multi-national, multi-racial group. We have a spectrum: folks who are Afro-Latinx might self-identify more closely with the Black group and all the way on the other end of the spectrum we have those who are White Latinx people who are engaging this conversation.

There is an intra-Latinx conversation about the value and even the effectiveness of pan-ethnic terms. A big element of our conversations was trying to explore how much on-the-ground identification there is under umbrella terms like “Latinx” and “Hispanic” where we find racial difference, ethnic difference, and all kinds of ideological tensions that come with those differences and experiences.

We were looking for a better understanding of the sense of belonging and the effectiveness of strategy community organizing under the “Latinx” category. There’s more work to be done here.

Jen Harvey: Our group had really different questions around the shared problem of White supremacy in the US context and the catalyst that 2016 threw into all of our lives from, of course, long-standing realities. White people doing long term work in anti-racism face real challenges about how we keep folks really accountable and clear, continuing to self-reflect with suspicion about being complicit while recognizing that on the ground, shame-based organizing doesn’t work. I live in Iowa. If I want to move people in Iowa, it has to look really different.

Sharon Groves: I came in curious about where things are happening that we might not be hearing in the news. What are those stories that are not being told? Our participants were practitioners that had long experience working in multiracial communities and experience doing white-on-white work, folk with a real commitment… We’re being flooded with stories about what’s not working. But what’s also happening that’s a possible learning, and potential for growth?

Keisha: Tell us a little more about the participants in the Hispanic groups?

Erica Ramirez: We played close attention to a few demographic parameters, including people’s tenure in their communities. Depending on how long a person has been in the US—and we spoke to people in Texas, in Florida, in California, and some who’ve come through the southwest—they’ve had experiences shaped by their time of arrival and the mood they encountered in their communities and in the  nation. That shaped people’s answers.

We also paid close attention to age. We got a chance to talk to people who were relatively young, early 20s all the way up into their mid 60s. You can think of the Great Turning as a “turning” from the last administration, but when we talked to older participants, they gave us generations of reflection.

Keisha: Lisa, are there demographic elements from the Black group that you want to highlight?

Lisa: We interviewed 29 folks and we purposefully looked, from the beginning, to smash the monolithic view of Blackness. We had religious leaders and thought leaders from across the spectrum: some were artists, some were activists, some were institutional organizers. We had Christians, Muslims, Jews, Buddhists, we had not-for-profit leaders. We purposefully looked for folks from the trans community and folks who hold multiple religious belonging. We looked for atheists and humanists in our group as well, who are completely underrepresented in Black spaces.

There were points of real similarity. But one of the things that was most important in our group was that we got to be together. Our intentionality around having as diverse a group as we possibly could was so that we could really see each other. We are in the White gaze because we are in the US, but what does it mean to actually create space where we can look outside of it?

The points of similarity about what is freedom, what is justice, what is love—they transcended the demographics, and it was really critical to get folks who were speaking outside a Christian frame, even though in the US it’s the dominant frame for most folks who are talking about faith.

REPLAY: I Need You To Survive: Belonging in a Radically Divided World

Watch the replay of our conversation to learn about:

Keisha E. McKenzie, PhD, is the senior vice-president of programs at Auburn. 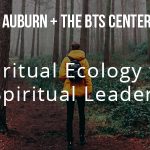