As we move through the grief that accompanies the news that our beloved Urvashi Vaid has joined the ancestors, we call forward her interconnected legacies.

Urvashi was a young organizer in the middle of the AIDS crisis that decimated a generation of queer people who should now be our queer elders. Over her decades of leadership, she showed us that together, we are strong.

Urvashi often talked about social justice as her faith and more than two decades ago, as a founder of the National Religious Leadership Roundtable, began to complicate the idea that people of faith were unequivocally anti-queer. She invested early and deeply in religious advocacy within the LGBTQ movement and so made space for new leaders to emerge: leaders from communities of faith who were themselves unapologetically LGBTQ and committed to justice for all, leaders who developed new partnerships across faith and LGBTQ justice.

As the abolitionist organizer and author Mariama Kaba often says, hope is a discipline. It’s not idealistic. It doesn’t diminish harm. It sees inhumane systems clearly, charts what about them must change, and rallies communities to create a new world.

As an ecosystem strategist, Urvashi understood the kind of spaces that were needed to create the obvious conditions for justice. She understood that LGBTQ+ justice must also confront white supremacy, poverty, and the complicated realities of an interdependent world; she planted trees whose shade she knew she’d never sit under herself.

We were blessed to honor Urvashi at Auburn’s 2021 Lives of Commitment program, and we are dedicated to keeping her legacy alive in our commitments to human flourishing.

Across our communities and movement networks, Urv will be profoundly missed. 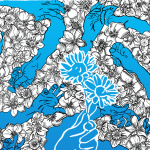 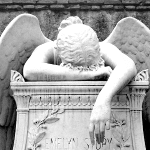